The Round of 16 kicks off today with a couple of belting fixtures.

Neither France nor Argentina have hit anything like decent form as yet. Perhaps the do or die nature of the knockouts will inspire them to bring their A game to stage.

Uruguay v Portugal in the evening could be the tie of this round. Therefore it’s a guaranteed nil nil and penalties.

Fair Play? Not on your Nelly. The Round of 16 is complete.

Group H ends in a disgraceful show of bad sportsmanship with Japan passing the ball endlessly sideways, and Poland allowing them to do just that.

Senegal go out of the tournament on the fair play rule. Such irony. The World Cup hasn’t seen such appalling behaviour since Germany v Austria in 1982 fixed their result to both qualify at the expense of Algeria. This game led to final group games being played simultaneously.

Group G was the expected anti-climax predicted, with everything more or less decided beforehand. 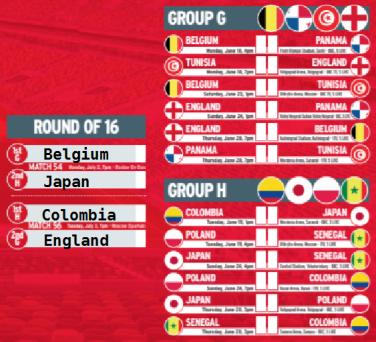 So we have avoided Brazil just as Gareth planned…. 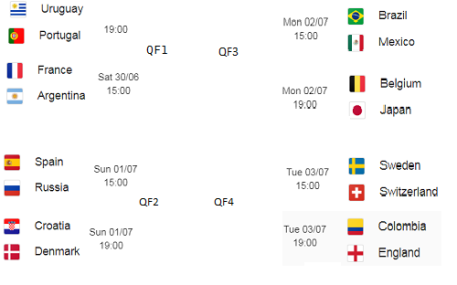 So, Group E finished as predicted with the Brazilians avoiding any close shaves and the Swiss doing enough to cement a spot in the last 16.

Group F produced the biggest shock of the tournament so far with the Germans unable to beat South Korea and thus going home as disgraced holders. Sweden comfortably beat the Mexicans who were grateful for Germany’s collapse.

Group G features a straight shoot out between England and Belgium for top spot, though which possible opponents from Group H would be preferred, is anyone’s guess.

To progress from Group H, Japan need to avoid losing to a Polish side merely playing for pride. Senegal v Columbia could turn into fixture of the day, with Columbia needing to win to ensure their fate is in their own hands. 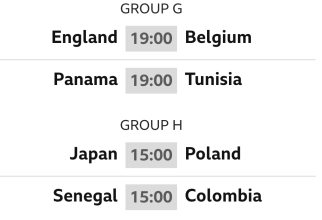 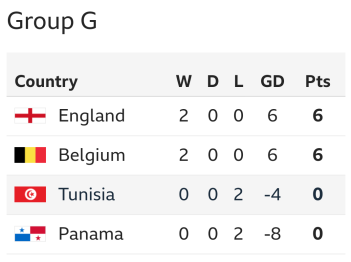 So Group C fizzled out rather than reaching any climax and the qualifiers from Group D proved to be the two with the most quality in the final reckoning.

Argentina will have to up their playing level to progress much further; though round of 16 opponents, France, look bang average at present, too. 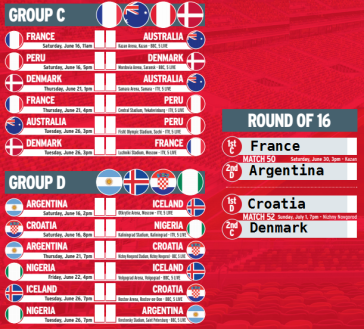 Group E looks fairly straightforward unless Serbia can pull off a shock. Neymar will use any means to annoy us with his theatrics. Leave it at home, mate; you’re a great footballer – that should be enough.

Granit and Shaqiri escaped bans for their soaring eagles celebrations, so if the Swiss qualify, Arsenal should have at least two representatives playing in the Round of 16.

Group F could see a three-way tie on 6 points if the Swedes can beat Mexico and the Jarmans overcome pointless South Korea.  Though Mexico should be too strong to let things slip. 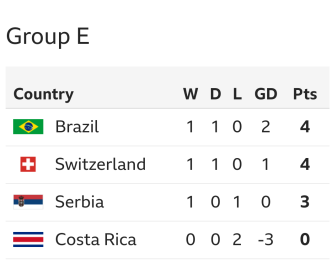 So, VAR makes a mockery of Group B and consequently the Round of 16 first games decided look like this……. 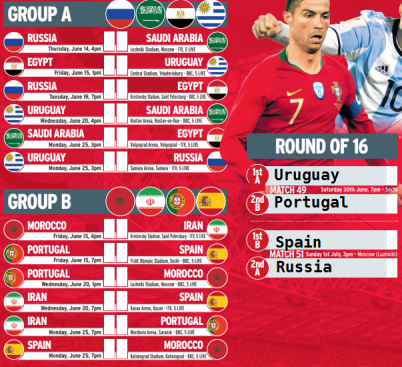 If France beat the Danes, Australia have a sniff at qualification from Group C.

Assuming Croatia beat Iceland, the Nigeria v Argentina game becomes a one game shoot out (though Nigeria will qualify if it ends as a draw). 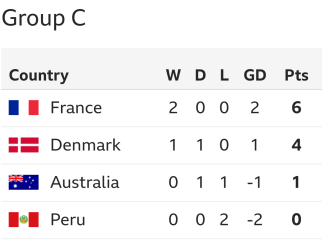 Groups A and B to a Finish

England blast Panama and Group H reveals itself as most intriguing with its diverse participants.

The first two groups complete today. Group A is done apart from who’s first and second.

Group B will probably still finish with the two favourites going through but you never know.

So Die Mannschaft finally found some stiffness late on.

Today’s all about hats and cigars early on.

Group H throws up two tasty games with everything to play for. Will the Poles decide to take the Rolls Royce out of the garage for a must-win match? 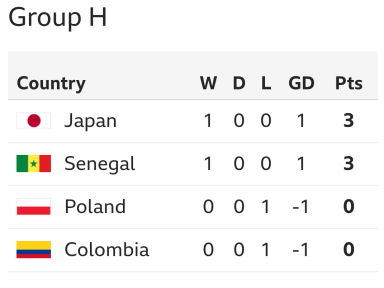 A Xhaka banger was the highlight from yesterday. Mesut needs to drag Germany up by the bootstraps today. 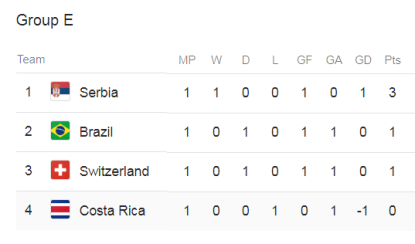 On the day we learn that Gunner Jack is to leave home, we enter Round 2 of the World Cup group  stages, where two time winning teams can book their passage to the knock out stages, while others can think about booking their passages home.
Today we have
1pm Portugal Morocco
4pm Uruguay Saudi
7pm Iran Spain
Tomorrow’s fixtures look altogether more tasty, which is good news for me, as I’m going to be busy.
Oh, and we’ve signed a Goal Keeper called Leno.
written by Micky Didit