What are we going to do without Hector?

It appears that Hector Bellerin has totally knackered his knee .Minimum 6 months out and most probably 9 months.

In my opinion, an in form Hector is an integral part of our team, he provides something no-one else does … pace on the wing. Not just pace but pace allied to excellent close control and an ability to bring others into the game; for a full back, he is an assist master.

Tackling may not be his strong point but we defend better with him in the team as can be seen by our results when he is missing. Sadly, Catwalk is going to be spending his days traveling between the treatment table, the gym and stupidly expensive designer fashion shops.

Should Mr. Emery buy/loan a replacement or use other members of the squad at right back? Let’s look at the alternatives.

1. Mr Lichtsteiner. As far as I can tell the Swiss Chap has played some role in 17 games, 9 in the PL. Whilst he as been on the pitch we have managed ONE clean sheet (PL). He has yet to perform to the level I expected from a man with his CV and reputation, I like the fellow, he is a master of the Dark Arts, something we have been lacking for many years, but can he really play week in, week out at his age? Does he have the stamina to get forward and back for 90 mins? I doubt it.

2. Mr. Maitland-Niles. Super prospect. Big bloke, strong, energetic, confident, an eye for a pass. In his few games at full back he has yet to make his mark. Let’s face it, the man is a midfielder and is being shoe-horned into a position which he is not qualified for  – yet. I know Flamini managed it a few seasons ago but he was an experienced player, AMN (Cons) is not. However, this is a huge opportunity for Ainsley (who calls their child Ainsley??), one he may well take with both hands.

4. Sign a loan player. Is there anyone out there who is good enough to immediately fit into our team. If he is, then why would a club allow him a loan loan move in January? Clyne might have worked.

My guess is that Mr. Emery’s solution will be a mixture of all of the above (perhaps not a signing). For him, and for The Arsenal the injury to Bellerin is very unfortunate.

Along with Danny Welbeck’s five minute cameo for England and the surrounding controversy, some other Arsenal players were involved in action for their national sides.

Mo Elneny had a leisurely run out for Egypt in a 6-0 win against Niger in their opening African Nations Cup qualifier. He even managed to pop up with the final goal of the six, which apparently bounced off the keeper into the net. Sounds a cracker! 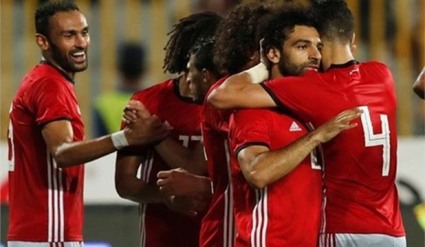 Difficult to find a photo of Mo playing but they might be his dreads in the background!

Granit played the full ninety for Switzerland as they cruised past Iceland on Saturday. Granit was booked – Quelle Surprise!  Stephan Lichtsteiner didn’t even appear to be on the bench?????

Lucas Torreira was substituted at half time playing for Uruguay versus Mexico and apparently had ice applied to his calf during the second half. Cosmic. 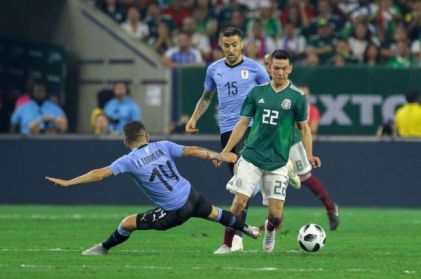 Rambo lost with Wales to a couple of spawny efforts from Eriksen.

Henrikh Mkhitaryan also lost in Armenia’s 2-0 defeat at the hands of Macedonia.

Granit, Stephan and Danny could feature in the tedious England Switzerland friendly at Wembley.

Sokratis will again have the chance to hone his skills against Hungary in one of the group C games of the UEFA Nations Cup.

Is Lichtsteiner the solution to the Bellerin conundrum?

Following we have two respected AAers coming to very similar conclusions re: Hector and Stephan. Could this work?

First up, your Copenhagen correspondent……..

Torn apart down the right flank by a very average team. Bellerin struggling. Mustafi and GB too far apart and outpaced.

It is becoming a familiar pattern.

To be fair to Bellerin, he was playing against a very good winger in Antonio and Arnautovic’s movement can cause problems for most defences. Also, as we can see from the graphic below (thank you FGG) UE set up the team so that Bellerin spent most of the game in WHU’s half.

I find this graphic very interesting. Look at the midfield and how compact we are.  Douzi and Xhaka occupy the same area giving Hector no assistance.

I know that Emery is averse to playing a back 3 and prefers the 4-3-2-1 but unless the midfield shield Bellerin we will continue to struggle.

My question is this … If Emery wants Bellerin to play as an attacking right sided MF and almost as a right winger, then why not bring Lichtsteiner in to play at RB? Drop a MF – we do not need Mhiki, Iwobi, Ramsey, Douzi and Xhaka all occupying a narrow space and keep Hector forward, allowing him to protect the Swiss chap, I seem to recall AW doing that by bringing Eboue into midfield.

Or do we just rely on scoring more than the opposition?

N.B. I know very little about tactics, formations and all that stuff, so the above could be total cobblers. Also, I quite enjoy shouting at the television when a simple lofted ball allows an attacker to go one on one with Cech. 😀

Followed swiftly by our Devonian dissector…….

I believe it was LB who once posted this:

My guess was that the question marks highlighted the lack of a naturally fast right sided attacker.

Ok, the next bit, and this pains me somewhat.

I now have to give credit to a grown up gentleman who I know sits high in East Upper and spends the majority of the ninety minutes putting two Cheesy Wotsits up either nostril, one in each ear, then carefully arranging one Smokey Bacon flavoured Hula Hoop onto the tip of each finger before slowly consuming each salty snack, but here’s the rub, only someone in attendance could have made this comment:

In the warm up, Bellerin was being passed balls on the right hand side of the box to control and then use to find a runner in the middle. It was exactly as happened for the 1st and 3rd goals.

So there we have it. Goals win games. Bell set up two, while probably being responsible for conceding the one at the wrong end. How about leaving the fashionista up top with the good players and sticking Licht (who can defend) at the back where he belongs?

How Did you Rate our Debutants?

How would you rate our summer signings in their first appearance?
This is meant to be a bit of fun; mainly for Eddie who loves a poll!
It’s obviously too early to make any decisions about our new signings but first impressions often linger.

Stephan Lichtsteiner – adapted well (as the seasoned pro he is) to making his debut at left back rather than in his natural position – not short of cojones.

Matteo Guendouzi – a little shaky to start and then he seemed to realise he could play at Prem level – “I am not calling another man Matteo. Ever.”.

Lucas Torreira – only had 20 minutes or so but seemed to have an immediate impact on our midfield shape – terrier or pit bull.

Going into the game, expectations were high with the prospect of a debut for Lucas Torreira and a return for the Albanian Eagle. Impressions after the match were dominated by the impact second half substitute Matteo Guendouzi had on the look of the Arsenal team.

The match began as if it was a training scenario, Arsenal having virtually 100% possession and Lazio making thousands of small shuttle runs denying space and chances.

Laca was on target from a fine volley; the dinked pass from Lichtsteiner a real treat and in complete contrast to his ebullient roughhousing. I really enjoyed watching an old school defender employing the full range of tricks of his craft. Stephan Lichtsteiner won’t be bullied this season, that’s for sure. It would have been very interesting to see how he would have coped with Hudson Odoi the other night. I’d imagine the chav may have found himself flying into the first couple of rows of seats at some point!

Reiss Nelson was sharp to follow up Alex Iwobi’s effort off the post giving the boys in the “peacoat navy” (seriously ) shirts a deserved lead. Lazio finally woke up, finished the half stronger and were, perhaps, a little unlucky not to equalise with both a chip on to the bar and a clear header.

Auba scored after fine work from Elneny and Lacazette on the edge of the Lazio area. The intensity of the game dropped after numerous substitutions and Lazio clearly lacked the sharpness a tougher preseason might have given them.

Guendouzi was majestic, playing with the unabashed confidence of youth. Mesut loved his cameo and the highlight came from Micki with a sublime turn and nutmeg.

Calum Chambers played particularly well in the first half. He really seems to be maturing into a fine defender and his passing from the back adds a level of calm we didn’t see against the chavs on Wednesday.

Lucas Torreira’s debut was pretty quiet. His rapid shifting of the ball forwards was very pleasing to watch. More to come from the Uruguayan undoubtedly.

All in all a very decent, if not spectacular, run out, though which players will make the cut against City next week is anyone’s guess!