I have been thinking about age. Not mine –  the team, and in particular, the defence.

It seems that, at last, we have found a central defence which works – Koscatis or Sokrielny. 63 (almost 64)  years between them. In other words a short shelf life, or is it?

If a CB loses his pace and agility is it so important? BFG was magnificent at 32 and crap at 34 when he retired but then he never had pace or agility. But what of Sol or Kolo or Keown? 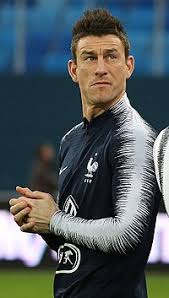 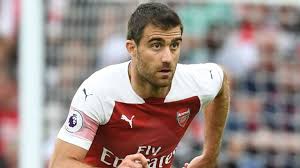 We can survive with these two whilst the young Guns of Holding, Mavro and Chambers come up to speeds

I will not write of the younger Mustafi as my fervent wish is that we get shot ASAP.

So the age demographic at CB appears to function but what of the FB’s. It is here that we need major surgery. On the right we have the wonderful, but crocked, Hector, who at 23 y-o. will surely (should he stay) become an Arsenal stalwart.

Lichtsteiner is close to the bus-pass, which leaves … who? AMN is clearly not a full-back. It must be a great disappointment to both Ainsley and Emery that he hasn’t grasped his opportunity, just as Hector did when Debuchy got injured. Will he, Can he? I sincerely hope so. But unless we have a young tiro coming through the youth teams we need to buy.

On the left is an even worse picture with Monreal, 33 and unlikely to maintain his excellent form of the past few years. We don’t know if the Wardrobe (25 y.o) is a full back or a midfielder. Let’s assume Kolasinac can develop the discipline required to augment the defence, though it seems Emery sees him as a vital attacking cog.  So … reinforcements, please.

How could this come to pass? Surely if I can see the imbalance in the age demographic then the experts at AFC can? Which loonie signed Lichsteiner and not a young developing RB?  Are Arsenal going to continue to buy older players for a supposed short term gain? Be honest, as fine a player as PEA is, don’t you think he saw his best days at BD? We needed a rock at the back and signed a Sokratis with at most 3 seasons in him – actually, this one I can accept because we have fine young CB’s coming through.

Reading this through it strikes me that this is an Old Man’s gripe. Poorly thought through and without purpose – but it is raining hard and I have to go to Sweden for a tooth implant – you can allow me to be grumpy!

We have a lot of them don’t we? Do we need so many? Are they all good enough to do the job? Do we need to improve on their quality?

The season was definitely split into two as regards the defence, with the move to a Back 3 making giving the CB’s more support. But … one must question why we conceded so many goals whilst operating AW’s favoured Back 4 formation, Tony Adams etc were rightly critical.

Arsenal conceded more goals from set pieces than any of the Top 10 teams. Given the quality of the individuals one can only surmise this was an organisational problem, but why did things improve with the new system? How does that affect defending a corner?

Mustafi: First season. Started well. Got injured. Came back less assured. Has undoubted quality and seems to be a leader as he is very vocal. To be honest I expected more considering how much we paid for him but then I remember that MC paid €50m for Stones 🙂

Gabriel: Love his attitude. The man is a passionate defender, grimacing his way through the game. His spats with Costa are great fun. Prone to the odd positional error. Improving but I am not sure of his AFC future as the youngsters come through.

Koscielny. Another superb season. Probably the PL’s finest CB. Pacy, determined, intelligent. The first man on the team sheet. And … a worthy Captain.

Holding. An excellent prospect. His Cup Final performance was an indicator of how good this man will be. Versatile enough to play as Bellerin’s replacement. Mr. Wenger showing he still has the ability to find a diamond.

Monreal: Has to be included as he did some sterling work in the centre. Not sure I want him there on a regular basis. Where does he fit in when we play a Back 3 and how does he feel about the signing of Kolasinac?

Mertesacker: What can one say about his single start? Perfection. I love the BFG.

Chambers: His season in a relegated team has allowed him to mature and blossom which can be evidenced by his excellence with the England U-21’s. With Kos and BFG hitting their mid-30’s the future is bright.

We have an excellent balance of youth, age and experience in the heart of defence which is not something which could be said a few years ago. No signings needed.

If you have been reading AA over the past few years you will know that BR knows sweet FA about tactics. This makes it difficult to judge the effectiveness of our full backs whose jobs change depending upon the formation. It was much easier to critique a performance in the days of Bob Mcnab and Pat Rice; things changed with the excellence and athleticism of Ashley Cole.

So, full backs or wing backs? How did they perform last season?

The first thing to say is that we improved once Mr Wenger tried the Back 3, the gaping holes in the defence disappeared but can the FB’s be blamed? You decide? 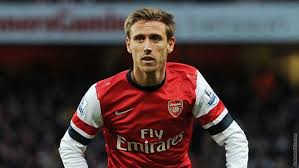 Monreal: Dreadful start to the season. Unable to stop attacks down his flank which led to crosses and shots flying towards Petr. By season’s end he was back to being one of the best FB’s in the league but was he now a CB, a FB or a WB? Nacho has made over 150 appearances for Arsenal and as much as I like him I still hope AFC will sign a better defender. That said, one of my highlights of the season was the triple block of Costa’s shot in the FACF by Nacho, Holding and BFG. Real commitment.

Monreal always gives 100%, is passionate, versatile, combative and this season scored a vital goal at Wembley. He signed a long-term contract in 2016, so I guess it will be Gibbs who is leaving.

Gibbs: I hate to be critical of a proper Arsenal man but Gibbs hasn’t achieved his potential. A sparkling early career leading to England caps had me thinking he was the successor to Ashley. He isn’t. Good player for sure but we need better (and hopefully we have already signed him).

Keiron started only 5 games last term, and 3 of those were at left wing back – a position he did well in and we certainly improved defensively with both Nacho and Keiron working in tandem.

For his sake, he needs regular first team football and I expect Keiron to be sold in the summer. 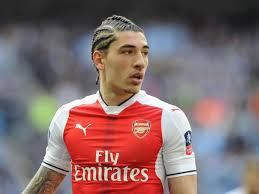 Bellerin: Fantastic player when fully fit and in form. Amongst the very best in his position as is indicated by the media hyping a move to Barca. Hector had his worst season in the shirt thanks to a series of injuries. IMO he returned too early to the first team which affected his performances and it was only at season’s end when we saw the real Bellerin – a player with tactical awareness, a superb tackler and the fastest player in the squad.

Some awful haircuts this season as Hector attempted to be become a fashion icon. What is wrong with a short B & S?

I expect him to leave in a couple of season’s but by then he will have won the CL and PL with Arsenal.

Holding/Ox/Gabriel:  In here as an addendum because they all filled Bellerin’s position during the season. Not did the job as well as Hector but nonetheless were not embarrassed . The Ox at RWB worked better than expected.

Will we see the Back 3 experiment continue next season? And if so, where does Hector fit into the formation? Perhaps this is why there is so much media speculation, possibly activated by Bellerin’s agent.

All in all, our FB’s did not give enough defensive support to their CB’s and this resulted in too many goals conceded from wing positions. Could do better.

In the absence of both our post game analysts, I will try to fill in.

I have ambivalence – happy with a point given our current malaise but disappointed that having equalised we didn’t push on and attack a fragile defence.

How many clear cut chances did we created? Hopw many did we allow? Was it a penalty with the Monreal “handball”?

Perhaps it would be easier to do this by player assessments.

Ospina. Could have done better for the Aguero goal. Beaten with a cross shot. Cech may have saved it but Ospina made some good saves and was secure   6

Bellerin. One of his worst games. Where is the wonderful player of last season? Awful defending for the first goal. Poor passing throughout the game. He made Sane look a good player  4

Mustafi. Fine goal. Good in the middle of the area and made some good passes out of defence. He tried to lead the team after Kos’s substitution   7

Koscielny. Let’s hope his achilles is short-term. Quality player who is let down by his colleagues.   7

Monreal. Very good going forward and consistently gave Sanchez an outlet. Some decent crosses and stopped attacks down the right..  8

Xhaka.  Another yellow thanks to a dive fro a MC cheat. Combatative and won the midfield battle in the second half.   6

Coquelin. His best game for some time against a strong MC midfield.  7

Ozil. I expect more. He is world class and today had a chance to influence the game. He didn’t. Appears to to lacking in confidence  5

Sanchez. Busy, as ever. City always double teamed him and reduced his effectiveness.    6

Welbeck. Anonymous. Worked hard but didn’t get any service.  5

Walcott. Scored. Unhappy to be subbed which is not an issue. Worked hard but was a bit of a passenger. Extra point for the goal.  6

Gabriel. A good half and one must wonder why he isn’t starting. 7

Iwobi. We had more impetus when he came on. Could have scored.  7

Team: As a whole it was obvious the team lacked confidence. They worked hard but lacked the lovely intricate pass and move of earlier in the season. It was a workmanlike performance. Once again our defence looked porous.

I was concerned (as were others) about spirit of the team, they seemed very fragmented and this raises concerns about the common good. Walcott’s petulance, the lack of excitement when Walcott scored  but perhaps they just don’t like Theo!

Overall, a point against City was acceptable given the circumstances but if we were to achieve Top 4 a win was essential, and it is worrying that the team did not push on after Mustafi’s goal, if anything City looked more likely to take the 3 points.