An experimental side designed to give some of the old boys a rest – could the reshuffled selection stand up to Sean Wagner’s boot boys?

Chances at both ends – Auba hit the post with a crafty effort off his shoulder – the loathsome Barnes fluffed one straight at the keeper before Wood hit the post from a shot that Leno had covered. 🙂

Willock nearly produced a wonderful finish from a spin and shot which just drifted wide.

The unlucky Mavro’s body failed him again and Kos didn’t get the rest he had been promised. Mav needs the 6 million Dollar Man treatment.

The good guys went into the lead when Ben Mee ( a distant relation of our Bertie) tried a stepover allowing Auba to race through and slot past the keeper. 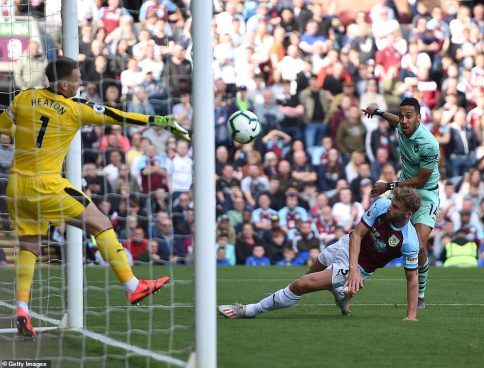 Less than ten minutes later and it was two. Wobbly floated a delightful chip to the far post and Auba explosively lashed it into the net.

Some Keystone Cops defending led to Burnley pinching one back – still celebrating going two up, maybe.

The excrescent Ashley Barnes attempted to maim Koscielny by shoving him into the advertising hoardings. Sadly the days of meathead thuggery on the pitch are not yet over.

Auba could have won the Golden Boot outright when Mkhitaryan set him up beautifully in front of goal but he got too much on it, diverting it wide of the post. Another spin and shot from Pierre sailed over the bar. 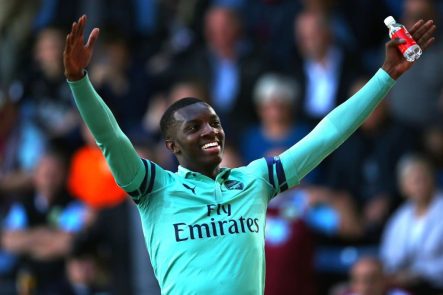 An away win which was a bit like closing  the stable door after the top four place had bolted.

Still, at least we didn’t buckle to Sean Wagner’s side as might have been expected. Burnley had one toe in the Mediterranean and Arsenal were planning how to get to Baku in the shortest time possible. Just imagine if DB10 was still playing and the final was in Azerbaijan, he’d have to leave now to get there by car.

Leno – made some good stops, did some sweeping too – a fine end to a fine League season – Prime Bratwurst … 8

Lichtsteiner – nothing too great, nothing too bad – ready for his cardigan – Swiss cheese … 6

Elneny – there should be a verb ‘to elneny’ which means you did what everyone expected of you, no more no less – Falafel … 6 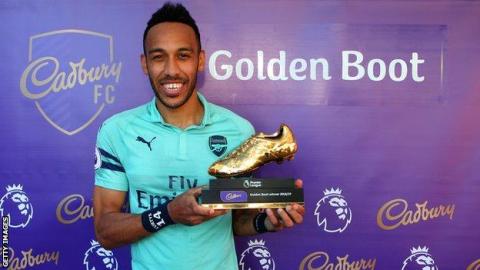 Dean – gets a 5 for not ruining the game completely for a change.

Arsenal FC – Our away record to Burnley

Well folks the 2019/20 season grinds to an end with an away game at Turf Moor. 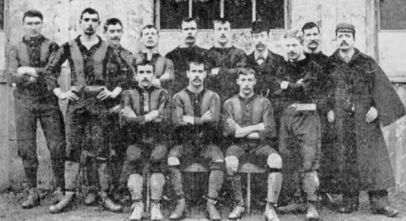 The season has been full of the occasional high that has been more than offset by the multitude of lows. Our defensive woes have once again been our Achilles heel and we can only hope the Unai and the rest of the management team make it their number one issue during this transfer window.

Our superb win at the Mestalla Stadium in the Europa League has cast a different light on our final league game. Should we wrap the first team up in cotton wool and play our second string or should we go all out in the hope that Spurs lose and we overcome the eight goal difference between us?

I’m for looking after the team and finishing the season off on a HIGH note in Baku. 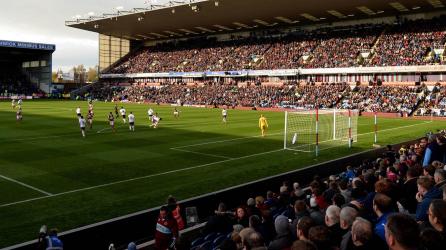 Our record at Turf Moor in the Premier League has been very positive having gained ten out of twelve points and only having conceded one goal in four games. However all of the games have been close with neither team scoring more than one goal in any of the games. 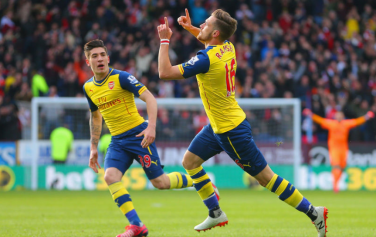 As you can see our overall record favours Burnley in both Division’s One and Two.

We’ve had many must win games this season however I class this game as a must not get any injuries type of game.

Superb fun on the 8:45 from Nottingham. A complimentary full English included in the price of a first class ticket. Our only dilemma was how to fit in the three accompanying beers. Once in London, beers in the World’s End, Finsbury Park with LBG and two hip flasks of surgical spirit, plus a lovely discussion about a match photo on the pub wall, all preceded meeting up with the ticket fairy outside entrance F.

We all knew how Dyche would set up his team to maximise the chance of sneaking something with the bang average players he has at his disposal – kick the opposition and hope for a goal at a set-piece.

Harum scarum start to the game. Could have been goals at either end in the first couple of minutes. Eventually the footballing side shone through and deservedly took the lead when Auba scored. Mesut’s through ball to Kola was mind-bending; such vision in a crowded penalty area. No-one else in the Premier could have played that pass. One nil to the Arsenal. Burnley’s 354 away fans were distraught. 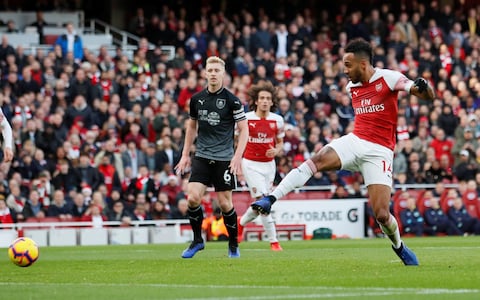 Arsenal should have been sailing gently down the three points river after Auba doubled his tally with a classy pile-driver high into the net at Hart’s near post. 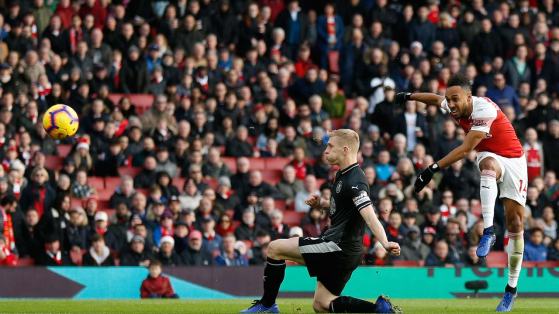 Instead we let the Neanderthals back into the game with a series of dreadful attempts at clearances from a dead ball. A Dyche team scoring from a dead ball – who would have thought it?

At this point I could see two eventualities 4-1 or 2-2. Luckily Wobbly popped up with the winner when played onside by the Burnley right back. His goal-bound effort was close enough to the goal not to sail over the bar! 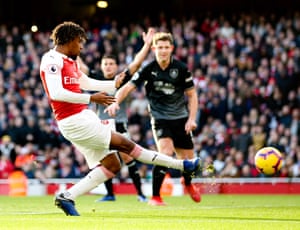 get your head over it, lad

The fourth was not forthcoming, so we had to be content with just 3-1 and three lovely points. 🙂

A worthy three points against a team of cloggers. Shame Mesut didn’t play as defensive midfielder! 😊

Sokratis – MOTM – a Greek Tony Adams – stood up to Barnes who could have been sent off twice – Auba calls him ‘Papa’, sounds good to me … 9

Elneny – Bang average – Animal from the Muppets – how bad is it when you only get picked when the Terrier needs a rest and even then you can’t last 90 mins without being subbed?… 5

Aubameyang – does what it says on the tin … 8

Lacazette – sparky and full of spunk, needs a goal but instrumental in the crucial second … 7

Iwobi – did very little – apart from seal the victory … 6

Torreira – shouldn’t have been needed for Burnley … 6

Emery – tricky day for him with so many out, but did a fair job at juggling his resources … 7

Dyche – like some hideous reincarnation of all of Alex Ferguson’s worst traits. Comments after the game ridiculously laughable … 2

Another two part post this morning  – you lucky folk.

Proud founder members of the Football League, Burnley Football Club began life as the ‘Burnley Rovers’ rugby club and became Burnley Football Club in 1882. They moved to their Turf Moor home shortly afterwards, at the invitation of the town’s cricket club, which is still uniquely situated next to the stadium.

FA Cup campaigns gave way to organised football in 1888 with the foundation of the Football League – and since then Burnley have claimed every major honour, with the exception of the League Cup.

The first honour was a Second Division title in 1897-98 and the club’s improved fortunes were finally reflected in an FA Cup triumph at The Crystal Palace in 1914, with a 1-0 win against Liverpool coming just months before the outbreak of the Great War.

Following the War, the Clarets continued to make their mark on the domestic game and in the 1920-21 season the team enjoyed a remarkable unbeaten run of 30 league matches as they led the club to an inaugural First Division title, having been runners-up the previous season.

That magnificent league record stood for over 80 years, until being battered by Arsenal in the 2003/04 season. 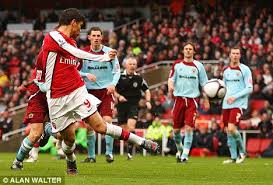 We have only met Burnley at home on four occasions and we hold a perfect record, if our leaky defensive wall is repaired in time we should keep that record intact.

Burnley will prove a stern test this afternoon, having lost against an astonishingly lucky Spurs team in the 99th minute last week.

We need to score early and open up the game but this is not the Emery way at the moment. It would be great to go in for half time oranges with a lead.

Given the poor showing midweek the team will want to return to winning ways and hopefully show they are not replacing the old “crap in November” with “crap in December”.

If Wardrobe is fit he should play in place of AMN, though I would like to see the young man get a run of games in the team.

An important game against rugged opponents, we need to garner 3 points.

Arsenal passed their first test against serious opposition in recent weeks with flying colours. A game of two halves with Burnley having the better of the first; Sean Dyche has got his team playing well with committed, crisp interplay play that took all of Arsenal’s concentration to go into the break still on equal terms.

As much as the first half belonged to Burnley the second belonged to Arsenal; if this was Wenger’s game plan then I salute him because it worked; the cherry on the hard fought northern cake being Sanchez’ well taken penalty in the dying seconds.

Burney supporters would probably argue that it could have gone either way and possibly it could have; so much so, that I had the alternative headline written in my head ‘Nothing good ever comes of going to Burnley’ but this was unnecessary as Sanchez slotted home with aplomb to snatch all three points and take us up to forth in the table. Power shift? Pah.

Xhaka: The Sound of Music. 7