What type of Manager would suit Arsenal for the Future?

Is it true that the general consensus seems to be that it’s time for a new Manager? It does appear so.

So considering our dressing room current state what do we need? Our main competitors have taken varying routes from employing the best coaches (with a history of trophies) or pinching potentially good managers from smaller clubs when they have PL experience.

The former seems to work well for one or two seasons, especially when it’s just a case of a settled squad that won things recently needing fresh impetus (City, Chavs etc). The latter has worked well for Spuds most recent, but not so great for Liverpool (Rodgers), United (Moyes), and in all the years Fergie was at United and Arsene at Arsenal none have proven successful long term until the last couple of seasons.

Still the chances of Klopp or Poch getting a trophy this season are slim.

So when Arsene leaves, be it summer 2018 or 2019, what are we looking for? I’ve seen TH14 and PV4 names mentioned which is frankly ridiculous, Ancelotti and friends of that generation are not going to take us anywhere new and are best at organising a well paid squad, (Maureen is probably in this bracket too).

So the only option to me is next big thing out of Europe (have no idea) or take one of the smaller teams managers that we like Howe, Pellegrini, Puel, Wagner. 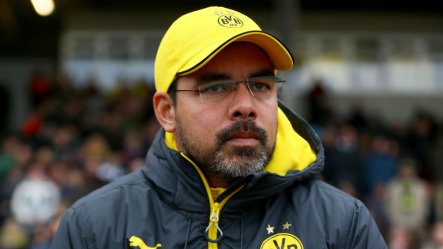 For me, only Wagner would bring enough status to satisfy the likes of Ozil. And that maybe where we have to accept something, if we are going to take an up and coming Manager, we have to accept that there is going to be quite a bit of readjustment.

Written by a Gooner In Exile