Are we short in defence with Calum Chambers on loan at Fulham and Kos out for most of the season?

Will some players who appear surplus to requirements be sold to fund the purchase of Livin La Loca? 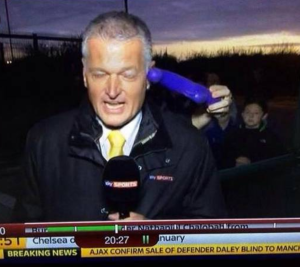 Will Rambo either sign a new contract, or play the Club in the final year of his contract or seek to move elsewhere right at the death?

Here is where we are in a nutshell ………

Ox is off to Liverpool

Gibbs has gone to West Brom

Mustafi is still here ……. Milan have given up wanting him

Today will be about whether Dick Law’s team actually know what they’re doing and can earn their wages.

Rumour has it, talks are ongoing to get Sanchez to Man City but we won’t allow the deal to happen unless we bring someone in. Sounds fair to me, only that could have happened a month ago …………. thanks Alexis.

My hope is for Draxler, he and Ozil know how to play together but Mahrez is on the horizon too.

Lots of talk of ‘no money’ out there ……. again no money!!!! To say this window is a mess is so far from an understatement it’s now comical.

But gooner friends, it does give us a large dollop of excitement for the final hours. Will our inept backstage team get a player over the line so that our Chilean can move on ………. 15 hours to go, buckle up we’re almost there.