Vote for your favourite defenders from Arsenal’s early era.

Today you get to pick defenders from our first era of defenders. The articles published on Tuesday, Wednesday and Thursday of this week provided in depth profiles on our best defenders spanning from Percy Sands in 1902 to Bob McNab who played up to 1975.

To provide a broader picture of readers’ preferences, you can vote for up to 3 players in this poll.

As others have commented through the week these players have all served the club well, okay Peter Storey may have had a bit of a dubious post playing career but you cannot deny that had you been lucky enough to pull on the red and white that you would have loved to have him alongside you.

Or what about Eddie Hapgood, quite possibly the original Mr Arsenal or was that Joe Shaw who served the club for so many years so loyally and by all accounts successfully.

Hapgood could be seen as the prototype for what players today have become, supplementing his then maximum wage with advertising deals etc.

My personal favourite Walley Barnes, to come back from serious injury which many believed he would not return from he managed to forge a successful career with the club lifting a trophy along the way.

This is the first era of defenders from which you have to vote, the more recent players come next week.

Written by GunnerN5, compiled by Gooner in Exile

Continuing our Summer series of articles in search of Arsenal’s greatest ever team, this week we highlight the defenders. The daily posts will list the players in chronological order so many of you will never have heard of today’s crop of Arsenal heroes from yesteryear. Read on and appreciate what fantastic players these ‘Brylcreem Boys’ were and take the opportunity to choose your personal favourite by voting in the poll at the end of the week.

Percy was born in Norwood, London in 1881; he trained as a teacher in Cheltenham and also played football for Cheltenham Town.

He joined Woolwich Arsenal in 1902 as an amateur, and while still an amateur he made the first team as centre half, he did not turn professional until three years later, while still working as a part time teacher. When Arsenal was promoted to the First Division in 1904 Percy was an ever present member of the first team who reached the FA Cup semi-final in both 1905-6 and 1906-7.

Known as “Mr. Reliable” he stayed with the club through thick and thin which included the leaner years and the club’s financial problems, and then relegation in 1912-13. During this time he was promoted to club captain and still remained captain when Arsenal moved to Highbury and the club was renamed “Arsenal”.

Football was suspended with the outbreak of WW1, but despite being 33 years of age he still played for Arsenal in unofficial war time games. He later joined the Royal Army Medical Corps and served as a sergeant on the Western Front.

In all he played in 350 games for Arsenal a record that stood for the next 15 years until it was broken by Bob John.

Joe was born in Bury, Lancashire in 1883 he first played for his home club, Bury, and then Accrington Stanley, helping them win the Lancashire Combination, before moving moved south to London, where in 1907 he joined Woolwich Arsenal.

He made his debut with Woolwich Arsenal against Preston North End on September 28, 1907, soon becoming a regular in the Arsenal side where he was first-choice left back. Despite Arsenal’s relegation in 1912-13 he stayed with the club as they moved across London to Highbury, and was an ever-present in the final season of 1914-15 before first-class football was suspended for WW1. He continued to play during this period in unofficial wartime matches, and by the time competitive football had resumed, he had made the switch to right back. After the departure of Percy sands in 1919 he was made Arsenal captain, by this time Arsenal were back in the First Division, and he continued to play until the age of 38 and in 1922 he made his 300th first-class appearance.

In all he played 326 matches for the club, after retiring from playing he became first a coach, and then manager of the Arsenal reserve side. After the unexpected death of Herbert Chapman in January 1934, he was made caretaker manager of the first team and carried on Chapman’s good work, for the rest of the season, as Arsenal won the 1933-34 League title. When George Allison was appointed permanent first-team manager in the summer he went back to his previous post as manager of the reserve team.

Joe remained with Arsenal through the 1930’s and after WW11 he went to Chelsea as a coach, returning to Arsenal in 1947 to become assistant manager under Tom Whittaker. He later served as a club ambassador before retiring from football in 1956, after 49 years’ service for Arsenal.

Born in, Colombo to English parents. He played for Dartford and Fulham Wednesday as a youth, before signing for Fulham in 1913. He became an Arsenal player in 1914 playing for the reserve side in his first season. 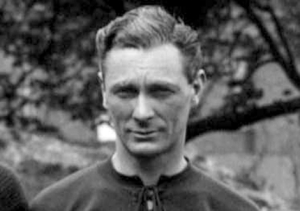 With the outbreak of WW1 he signed up for the Royal Artillery and served in France, returning to Arsenal at the end of the war, with the resumption of first-class football, he  made his first-team debut for the Gunners on 15 November 1919.

Playing as a traditional “centre half” he was in competition with the Gunner’s regular centre halves, Chris Buckley and Alex Graham but by the 1924-25 season he was the undisputed first-choice centre half. He also won his first and only cap for England against Belguim in 1924. The following season he missed only one game as the Gunners finished second behind Huddersfield.

He was a regular first team player for the next four four seasons, playing in every match of the FA Cup run in 1927, reaching the final, but losing 1–0 to Cardiff City. Taking advantage of a relaxation in the offside law, Herbert Chapman introduced the new “WM” system. Although Jack experienced some success in the new system Chapman thought the side could do better, and in 1929-30 replaced Butler with Herbie Roberts.

He left Arsenal in the summer of 1930 and joined Torquay United for two seasons before becoming the coach of Royal Daring, a Belgian club. Later on he took over as coach of the Belgian National team at the 1938 FIFA World Cup. He went on to manage Torquay United, Crystal Palace and Colchester United.

Written by GunnerN5 and compiled by Gooner In Exile