Do we need a Centre Back or a Defensive Midfielder? Vote.

To CB or DM, that is the question?

We are rapidly approaching the January transfer window and let’s be honest we are aquiver with excitement (slight exaggeration!) We have a gaping hole in our squad and AW is sure to fill it, but how?

CB: Do we need another centre back? With Monreal, Debuchy and Chambers all able to understudy BFG and Koscielny, is another CB essential? Will we be able to attract a young player to sit on the bench or will the new chap take over BFG’s starting role? There are fears that Kos will leave in summer, I have not heard anything which convinces me he is Barca-bound but who knows? If he is then a big money signing is a must – Hummels or someone of his standing will be the order of the day. BFG has played almost every game this season and he needs a break – is it any wonder his form has suffered, but perhaps his loss of form is permanent as the Big Man becomes even slower.

But if they both stay and we buy someone who will be benched? My gut reaction is neither as we will try to continue with the personnel already at the club.

DM: Flamini’s contract is for 18 more months, Arteta is starting to creak and is prone to muscle injuries – his absences are costly as Flamster, despite his energy and commitment, is simply not good enough. We need to sign someone who can play DM and at a push CB. But they are much in demand and expensive. Carvalho – the flavour of the month – is valued at over €25m and the only time I have seen him the man was anonymous. However, we are in need of a direct replacement for Arteta or are we? Can Ramsey, Wilshere or Ox or even Chambers play the role? 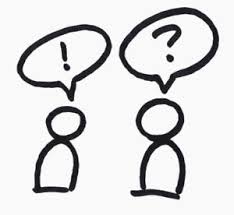 As I contemplated the comments filling the blog with demands that we buy a big centre half, my mind was transported back through the years to a time well before blogs or bloggers existed.  In fact, thinking about it, many of the regulars on here hadn’t even been born.

Most of us who watched the Arsenal had never seen a computer and the ones who had, knew them as beasts that filled a large room or, insome cases,  an entire government building.

Naturally therefore, all our communication and discussions on match days took place on the terraces, in trains, buses and cars en route to the stadium, or in the pub and at work for the midweek games. Opinions were fuelled by newspapers that sold millions of copies and were the voice of the people. Reporters travelled with the teams and wrote for the back pages with an authority and honesty that would be hard to credit nowadays

We stood on the lower west bank in those days before all seater stadiums, and just like our computer literate offspring today, bemoaned the absence of a commanding lump of a centre half. Then, early in 1963, and to the universal joy of the papers, he arrived in a blaze or glory. Ian Ure, the perfect answer to every Gooners dream. A 6ft plus, blond haired Scotsman. A proven international who had taken his previous team Dundee (hard as it might be to believe today), to the semi finals of the European cup, before losing to the eventual champions Milan.

For us he was a disaster. He made 202 appearances and scored 2 goals. Unfortunately own goals are not listed. His error strewn lumbering was to torment Arsenal fans for 6 years, until the ultimate error, a miss hit back pass on the ploughed field that Wembley laughing called a pitch for the 1969 league cup final allowed Swindon’s Roger Smart to score the goal that had us chasing the game to extra time and the final humiliation delivered by a third division wing wizard called Don Rodgers. We lost 3 – 1 having lost 1 – 0 the previous year to Leeds United with Ure again in the side.  Don’t tell me about suffering, I saw them both!

The only justification I can find for those years of torment we endured, was the fact that we somehow sold him to Man Utd, a decision that in all probability helped end the career of their then new manager, Wilf McGuinness.

Fast forward to 1988. Another league cup final against lesser opponents that we knew we couldn’t possibly lose,  and another legend of a centre half, a home grown one this time.  We were 2-1 up with 7 minutes to go. Having enjoyed the majority of possession against a willing Luton town and despite having missed a penalty, we were coasting. Then Gus Ceasar made his move for eternal fame, he somehow contrived to fall over the ball while attempting a simple clearance from within the penalty area allowing an immediate scrum to form out of which the ball popped and rolled over the goal line.

Arsenal were nowhere, Luton driven by their resurgent baying fans were on the charge and with a minute to go the game was lost.

What is it with centre halves and league cups? Poor Gus was finished booed and heckled on the few times he appeared, he was soon sold.

His replacement was Steve Bould. A different kind of legend and later Andy Linighan. At last we had a centre half who would win me a League Cup.

So shall we have two new centre halves by the weekend? Heroes or Villains? Time will tell, but it is a position with form.