Let’s start with extracts from Wiki and Original 1977 Programme

The tournament was the idea of English entrepreneur Reg Lambourne, Strata Travel owner Tom Lawrence and Red Star Belgrade FC Secretary General Dr Miroljub Stojkovic and consisted of two competitions. The first (also known as Metro 20th Anniversary Tournament) was a straight knock-out tournament in Singapore, and the second was a mini-league in which the top two teams would play in the final. The first trophy was won by Red Star Belgrade (FK Crvena zvezda) and the second by Celtic, and was the last ever trophy Jock Stein would ever lift for Celtic. 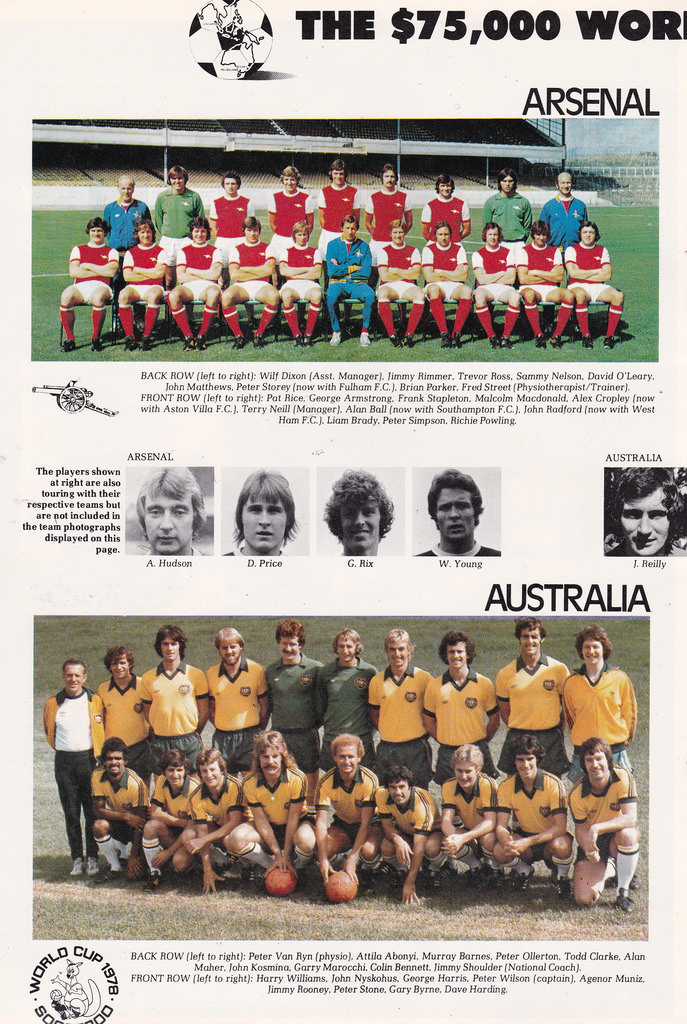 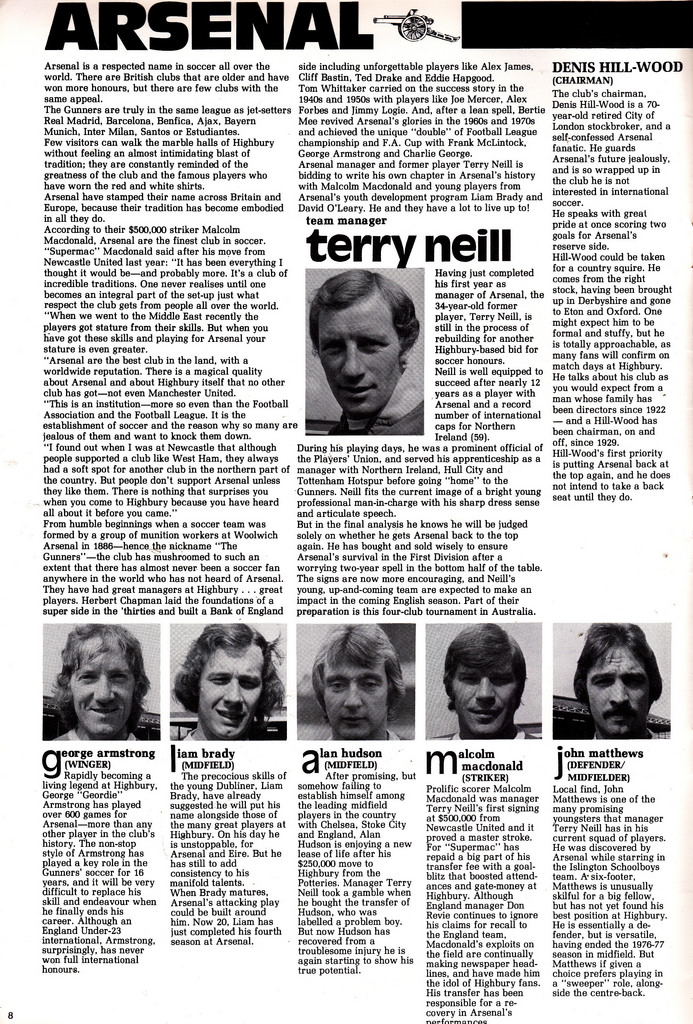 I’ll be watching the game against the Wanderers (the blue collar club) as I really dislike Sydney FC (the white collar club).

The games should be interesting for the following reasons –

How will Lacazette play, alongside Giroud or Welbeck?

Will the back 3 formation continue?

Who will be the next breakout star aka Iwobi?

Where is the Jeff?

Which players are making their farewell tours – Ospina, Walcott??

This time the expectations will be very very different and Arsenal are expected to win both games.

Written by VP in Oz

This entry was posted on Tuesday, July 11th, 2017 at 9:30 am and is filed under Uncategorized. You can follow any responses to this entry through the RSS 2.0 feed. You can leave a response, or trackback from your own site.