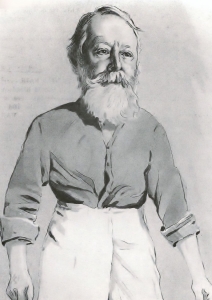 Arthur Fitzgerald Kinnaird was educated at Eton and Trinity College he graduated in 1869 and went to work in the family bank which after a later merger became Barclay’s Bank and he remained a director of Barclay’s until his death in 1923.

His football career began at Cheam School; he was captain of the school team in 1959 at twelve years of age. He played in the second FA Cup Final where he led The Wanderers to victory in the 1873 final, scoring the second and winning goal. The Sporting life reported that The Wanderers victory over Oxford University was “in great measure due to the extremely brilliant play of their captain”. There was a morning kick off to at Lille Bridge as it was near the river Thames and would allow the players to watch the Boat Race later in theday.  Kinnaird went on to play in eight more finals winning a further four. In the 1877 final against Oxford University he became the very first player to score an own goal.

He also played for Scotland in only the second ever international which took place in 1873 at the Oval; he was born in London but was able to play for Scotland due to his family’s heritage – it was to be his only cap. 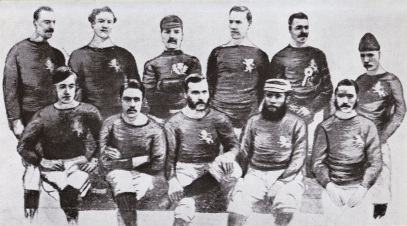 This is how the teams were listed:

According to Charles Alcock in the Football Annual of 1873 he was without exception the best player of the day; capable of taking any place on the field; is very fast and never loses sight of the ball; an excellent captain. He had a full auburn beard and was known as a fearless competitor with a huge love of football and life. 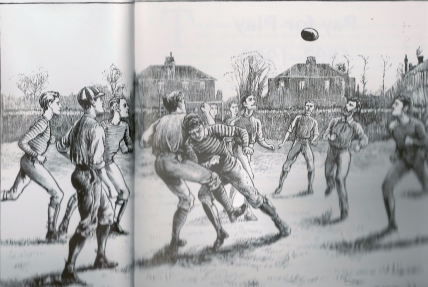 Being an all round sportsman he also excelled in other sports becoming a champion in swimming, tennis and international canoeing.

This entry was posted on Thursday, March 16th, 2017 at 10:18 am and is filed under Uncategorized. You can follow any responses to this entry through the RSS 2.0 feed. You can leave a response, or trackback from your own site.