Bournemouth is known as the English Riviera (or it is in my family!!).  We used to holiday there in the days before I was allowed to travel on my own. When I passed my driving test Bournemouth became a weekend destination because there were language schools full of Scandigirls who had weekend discos ( a portent for my future!) …. you can guess the rest! 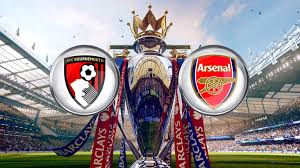 Eddie Howe has done an amazing job . Not only keeping a small club in the PL but doing so by playing attacking football. They almost gave us a shock at the Emirates where a 90th minute goal from Sanchez sealed the points. We won 3-1 in an absorbing game with Bournemouth missing many chances. It was the game of Debuchy’s brief return.

Rotation will the keyword today. I expect AW to rest a few and perhaps finally experiment with the Ramsey/Xhaka combo.

Has AW the courage to rest Sanchez given that Ozil is out again? If so, it would be intersting to see Ox start on the right with Perez on the left. Or Iwobi.

I cannot recall a run of games when the whole of the top 6 win so consistently, Spurs, L’pool, MU and Chelsea have stepped up a gear and we need to do the same.  A win today is important, a draw is simply not enough. Winning under this kind of pressure is what makes Champions, and we will see how the team responds.

I still maintain that we were unfortunate in both losses in December and that it affected the fans more than the team – time will tell.

This entry was posted on Tuesday, January 3rd, 2017 at 9:55 am and is filed under Uncategorized. You can follow any responses to this entry through the RSS 2.0 feed. You can leave a response, or trackback from your own site.