A bread and butter win against a poor Palace, with Özil out, presumably to flu, it gave us a chance to see what life would be like with a proper Mesut injury and to my surprise it didn’t look as bad as I feared. His absence seemed to embolden some; freed from having to pass it to the German Genius whenever he is available; players started to express themselves more than usual and it worked well. The Good Guys moved the ball around crisply and seemed to advance with a greater sense of urgency on the break. I will take those kind of wins all day long.

Cech: more confidence oozing from between the sticks; he had a chance to show off his skills three quarters of the way through the second half, making a series of impressive saves in the space of thirty seconds. 8

Bellerin: Hector, I am on first name terms, was even better than he normally is adding more to the attacking cause than usual while always doing the right thing in defence. 8 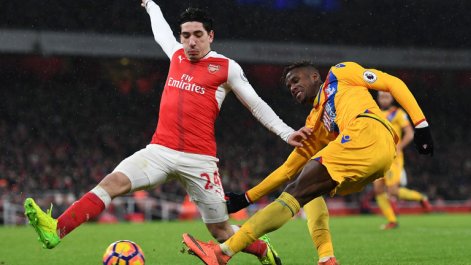 Easter: with Mustafi on the bench the competition for places is hotting up in the back line and this fact wasn’t lost on our Brazilian; he upped his game accordingly and made it harder for the Boss to consider making a change. 7

Koscielny: this really should be a weekly copy and paste. Another game another captain’s performance, calm, thoughtful and well organised. 8

Monreal: I scoffed when RC78 made the comment at the end of last season that Nacho was the weakest link, I thought it a bit unfair but in view that there always has to be one weaker area than all the others, I feel confident in saying that the first new signing in the summer will be a left back. 7

Elneny: I really enjoyed his performance today, he seemed to add a bit of zip to things, the ball seemed to be moving around a lot quicker, compared to Coquelin there is less lunge and more thought. 7

Xhaka: a few people on here have said that they can see Vieira in him; it happened again, someone sitting behind me at the game said the same thing. For the life of me I cannot see it and I cannot tell you how much I want it to be true. Palace may have been poor but he was impressive, he is starting to take control and his passing was as accurate as Arteta on a good day. 7

Iwobi: my MOTM, with Ozil out Alex had a chance to play more centrally and wow was he good, I know like everyone else that he is a great prospect but I didn’t realise until today just how big a prospect he is. The man ran the show. 9

Sanchez: so what do you think: is he more effective on the wing or in the middle; full of beans as ever and a joy to watch. 8 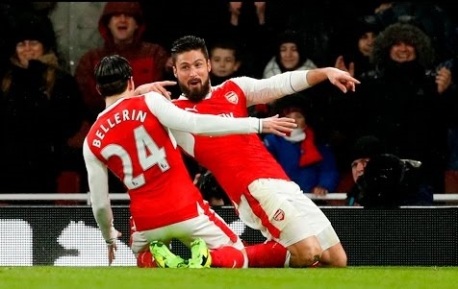 Giroud: in the first half Arsenal were playing some super quick pin ball machine football the only one unable to keep up is Ollie, but if you can score goals like that you are likely to keep your place. 7

Perez: “I believe that Perez really adds fluid movement and quick passing in the Arsenal school of thought” (Aaron) .  After spending the best part of the game surrounded by people criticising him it really made me feel good to read this when I got back onto the blog. Whereas Giroud will never be part of Arsenal’s quick interplay this guy could and the more of those the better things are in my humble opinion. 7

This entry was posted on Monday, January 2nd, 2017 at 9:09 am and is filed under Uncategorized. You can follow any responses to this entry through the RSS 2.0 feed. You can leave a response, or trackback from your own site.