Strangely last season Liverpool struggled upfront despite having Origi, Benteke, Ings, Sturridge and Balotelli :-D. This is a massive investment into centre forwards but Klopp is so unsure about his attack that he has spent another bucket of money on the potentially excellent Mane (who would have fitted well into our squad). 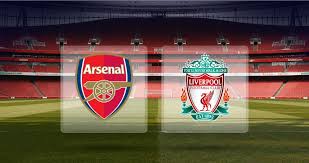 I noticed that they have signed an ex-Gooner in Alex Manninger. A pleasant and unexpected  addition to Alex’s pension fund.

If you look at Liverpool’s squad they are very strong in all positions, especially midfield. Klopp has strengthened an already promising team and in Coutinho they have a player who is almost Ozil-esque … almost.

But despite having a manager we coveted, a team which cost way more than AFC’s and a huge fanbase, they have consistently failed to get amongst the Big Boys. Why? In all honesty I do not know and more to the point I don’t care; this is an Arsenal blog!

So, what of our boys? Well, the Boyo is likely to start following his heroics in the Euro’s, so is our new boy, Xhaka, who is likely to have a major influence upon our season should he stay fit and strong.

Injury problems in defence will surely result in us playing with two DM’s to assist the youngsters. It will be interesting to see whether Coquelin or Elneny starts alongside our the Swiss chap. Midfield is going to be fascinating as we progress through to Xmas we have Cazorla, Ramsey, Iwobi, Wilshere, Ox and Ozil all vying for the attacking MF position.

It hurts to leave out Santi – he is such a wonderful player and perhaps he will take Ox or Ramsey’s place, more likely he will be a super-sub. Iwobi is a Wenger favourite, and rightly so, but I just cannot find a place for him although an alternative could be to play Ramsey on the left in place of Ox with Iwobi on the right of midfield

Walcott has to lead the line; he is a confidence player and should he score a goal we will benefit.My fear is that the Emirates faithful will scapegoat him should he endure a poor half and then we know that Theo will hide. Alongside Ox, Sanchez and Rambo we should have enough.

I don’t think we can judge how the season will unfurl from this afternoon – we lost to Villa a couple of season’s ago and our record over the past 5 seasons is W1 D3 L1, not too dusty.

A win today would be terrific, the bookies have us at 55% likely to win and Liverpool just 33% (the remainder is the draw).

Come On You Rip Roaring Gunners

This entry was posted on Sunday, August 14th, 2016 at 9:37 am and is filed under Uncategorized. You can follow any responses to this entry through the RSS 2.0 feed. You can leave a response, or trackback from your own site.

133 Responses to The Opener.