Well here we go our first schedule pile up of the season, over a 23 day period we have 7 very important games which is a game every 3.29 days.

Here is the schedule –

Now I recognize that we have a big squad but is it realistic to expect our team to play a game every 3 days?

Let’s take a closer look at the individual games. The game against Stoke at home in the Premier league comes after a 14 day international break, which in itself sounds good but the majority of our players will be away on international duty which means they will have no rest and there is always the risk of them returning injured.

Now we face the unenviable task of playing 4 consecutive away games. 4 days after the game against Stoke we play our first Champions League group game away against Dinamo Zagreb in Crotia, these games are never easy and the travel time there and back is very tiring.

I’m unaware of our travel arrangements back from Croatia but with only 2 days in between the games we then have to play Chelsea away in the Premier League. Chelsea meantime play Maccabi Tel Aviv at home on the 16th – so they have the benefit of not having to travel – that may appear to be a petty statement but these type of games are won and lost on small details.

Next up with only 3 days between the games we have Tottenham away in the Tea Cup, now personally I hate losing to them at anytime but this will not be a good time to put too many of our 1st team squad on display and I could easily forget their euphoria if we lose and protect our squad for bigger and better things. I would really enjoy it if we beat them with our kids as that will give us endless bragging rights.

The nightmare continues as with only 2 days between games we have to travel to Leicester in another PL game and they are proving to be a very difficult side to play against.

At least the next two games are at home – after only another 2 days between we play Olympiacos in the CL, our home record against them is good as on the two occasions we have played them we have won 2-1 and 3-1 – strangely enough they have won both away game by the same scores.

Lastly after playing 6 games in 18 days we play Manchester United at home, I wonder just what shape both physically and mentally our squad will be in after all of this? 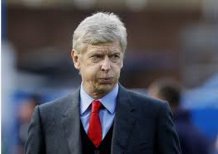 Your guess is as good as mine but frankly after our first 4 games it’s hard to be positive about our nightmare of a schedule.

This entry was posted on Thursday, September 3rd, 2015 at 9:33 am and is filed under Uncategorized. You can follow any responses to this entry through the RSS 2.0 feed. You can leave a response, or trackback from your own site.