Arsène, its time to say goodbye

These are words I never thought I would utter, if we qualify against all odds for the Champions League again this year I would like to see Arsène Wenger resign as Arsenal manager. 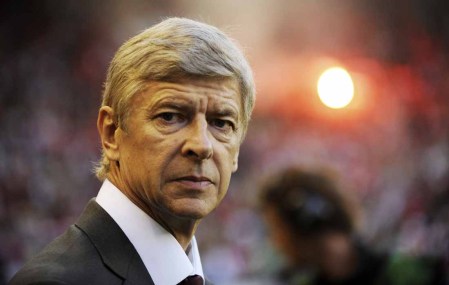 Those who know me, will think I have gone stark raving mad. This wish has nothing to do with whether I think he can take the team further, if he is too old, that he doesn’t want to spend money or any of the other criticisms aimed at our manager.

Its none of those reasons because I don’t think I am in a position to judge him, or his decisions, the man knows more about football, players, fitness, psychology, economics and probably just about everything else in his little finger than I will learn in a lifetime. In short he is a genius.

After we lost 8-2 at Old Toilet many pundits said it would be Arsène’s greatest achievement to get this side/squad into the Champions League, they were still saying it after the new (hastily rebuilt) squad lost away to Spuds, and Blackburn.

So with Champions League qualification in our hands and assuming we manage it what better time to leave the club? You will have just performed your greatest miracle. You have achieved again what so many say isn’t a trophy, yet use as a stick to beat you harder with when it looked like we were nowhere near getting it, remember some people said we would be lucky not to be relegated let alone qualify for Europe.

So why, why do I think Arsène should leave us at the end of the season? If its not football, if its not transfer dealings, if its not for a better chance of trophies why do I ask him to leave?

Well my mind was made up at the Wigan game, I know its not ideal to decide things in emotional circumstances, but my mind was made up after ten minutes of that game. I hadn’t been to the Emirates for a while, the first chance I had had to get down since Villa in the FA Cup. It wasn’t the performance that made me think he should leave, it wasn’t the fact that we had carelessly given a team fighting for their life a two goal head start. It was the reaction of those around me.

After 9 wins in 10 premier league games, after amazing comebacks against the cretins from N17, against the goal shy dippers, a spirited performance to beat City we found ourselves  2-0 down against a side at the wrong end of the table. Suddenly every fan around me in Clock End lower thought they could do a better job than Arsène again, “Bring on Ox”, “Theo’s useless why do you play him”, “Ramsey’s useless in centre midfield”, “Djourou you’re useless, why didn’t he buy a centre back” etc etc etc. Did I hear encouragement? Very little. And I hate watching football like that.

Some fans I guess just have a sense of entitlement, “We should beat Wigan”. Well yes we should, but sometimes shit happens. You’d think some fans had never been to a football game the way they wet themselves every time the opposition attack.

I fear now that it wouldn’t matter if we went on a 37 game winning streak and lost the 38th and the title to United on goal difference of 1 (it is possible) fans would blame it all on Wenger rather than luck, “if only he’d have bought Cahill/Schwarzer/Alonso/Hazard/Mata we would have won it”. There is discontent bubbling away under the surface waiting to boil over at the slightest hint of weakness. I am afraid it is here to stay, and no matter what has been achieved this season, or what is achieved in future this discontent will remain, and my enjoyment of going to watch my Arsenal play will be ruined by having to sit alongside these entitled few.

So sorry that this is rather a personal request and will not sit easy with regulars here, but Arsène, for the sanity of one of your most loyal supporters, its time to say goodbye. Thanks for the memories.

Written by Gooner in Exile

This entry was posted on Wednesday, April 25th, 2012 at 9:31 am and is filed under Uncategorized. You can follow any responses to this entry through the RSS 2.0 feed. You can leave a response, or trackback from your own site.

388 Responses to Arsène, its time to say goodbye