When did the sportmanship die?

Once upon a time I had a hero called Dennis Compton, he was the archetypal sportsman, besides playing football for Arsenal and England, he also played a bit of cricket for Middlesex and England and in between, fitted in 5 years fighting in the Second World War. 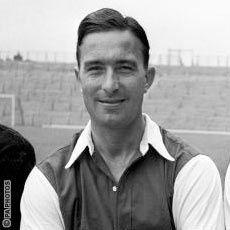 Coming from a less than privileged background, he joined the Lords ground staff and played cricket in the summer and football in the winter. Winning League championship and FA Cup winner’s medals with the Arsenal, whilst at the same time being the most loved English cricketer of his generation. An attacking batsman who, devoid of all the protective gear of today, faced the most feared fast bowlers from all around the world on pitches left uncovered and open to the elements at all times. Compton accumulated a vast number of runs and a reputation for his bravery, sportsmanship and the ability, and like Ian Botham, he could party all night and carry on batting next day as though he had spent the night in his bed.

He was the David Beckham of his day, the first man to advertise products as a result of his sporting fame. He was known right up until his death in 1997 as ‘The Brylcreem Boy’ – the hair cream he advertised throughout his career. He never made any real money and had to work in the media after his retirement to keep the wolf from the door.

I met him a number of times in the years prior to his death and he was never less than polite and a joy to talk with and listen to.

I mention this just as a comparison to Messrs John Terry and Nicholas Anelka, wealthy football players who wouldn’t know a sportsman if they fell over him on their way out of whatever nightclub is the flavour of the moment.

These gentlemen, having both been chosen to represent their respective countries in the World Cup. An honour recognised as the pinnacle of any professional player’s career, and the dream of every kid or fan that ever kicked a ball.

They have debased that honour by criticising the team’s management not just within the confines of the team, something that although not encouraged is at least accepted in certain circumstances but deliberately in Terry’s case, in front of the full media circus.

The fact that it matters not to either of them if they never play again, being as they are financially secure for life, does not detract from the fact that these were the actions of two bitter and selfish men.

How should their actions be viewed when judged against the like of Dennis Compton and what does it say about the values of the game we love?

So when did the sportsmanship die, is football alone in its cynicism and love of self?

Does cricket still have it? Remember the actions of Freddie Flintoff and Brett Lee in the last home Ashes series.

Golf certainly still has it, as all golfers report any personal transgression, with instant expulsion from the sport for any failure so to do.

Should Terry and Anelka be treated in such a manner? Anelka was sent home, should John Terry have received a similar response? Capello, ‘the strict disciplinarian’ has come out and said that Terry made a mistake, but maybe his worth to the team makes him less dispensable than Anelka.