Although there are no official records it is thought that The FA Cup was a concept first proposed by Charles Alcock after official business had been concluded at a Football Association meeting on July 20, 1871 – Alcock proposed: 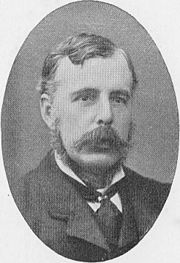 The FA’s first minute book records that the proposal was approved unanimously. The seven man committee that approved the resolution included the captains of the first final, Charles W. Alcock and Francis Maridin its referee Alfred Stair and the games only goal scorer Morton Peto-Betts. The idea was generally well favoured and at a subsequent meeting on October 16th, 1871 the rules for the competition were drafted. The original committee could never have imagined the time when their concept would become one of the most loved sporting events in England and would be seen by millions of people around the world. Nor could they have foreseen that it would become the forerunner to all knock out competitions including the World Cup, which has a worldwide audience of over one billion.

Fifteen clubs entered the first competition: Barnes, Civil Service, Clapham Rovers, Crystal Palace, Hampstead Heathens, Harrow Chequers, Hitchen, Maidenhead, Marlow, Reigate Priory, Royal Engineers, Upton Park, The Wanderers, Queens Park of Glasgow and Donnington School. It was a somewhat erratic affair with Harrow Chequers, Reigate Priory and Donnington School scratching without playing a single game. Queens Park was given an exemption to the semi-finals due to the distance involved and the cost of travel, sides which drew were also allowed to move on to the next round. Queens Park received public donations which allowed them to travel to Kennington Oval for their semi-final against Scottish pioneers the Wanderers and played to a draw, a lack of funds ruled them out of a replay at the Oval so they were forced to withdraw from the competition.

The Wanderers faced the Royal Engineers in the final which was played at the Oval on March 16, 1872. Two thousand spectators paid a shilling each when the average weekly wage at the time was under twenty shillings. The crossbar was either a piece of tape or rope, teams changed ends after each goal and the field was unmarked inside the touchlines. The Wanderers, who were captained by Charles Alcock, won the game on a single goal scored by Morton Peto-Betts of West Kent, he was a member of the FA committee that had approved the birth of the FA Cup. Wanderers went on to win five out of the first seven FA Cups.

Morton Peto Betts was the scorer of the games only goal and the very first FA Cup Final goal but early reports indicated that the game was won with a “well placed shot under the tape” by A. H. Chequer, however this was actually Betts who played using the pseudonym of A. H. Chequer because he had started the competition as a member of the Harrow Chequer side, who had scratched without playing a game.

Here is a picture of Betts which was taken at Bickley Park Cricket Club in Kent.

The president of the Football Association, Ebenezer Cobb Morley was the first man to present the FA Cup. The cup presentation took place four weeks after the Final at the Wanderers annual dinner at the Pall Mall Restaurant at Charing Cross. 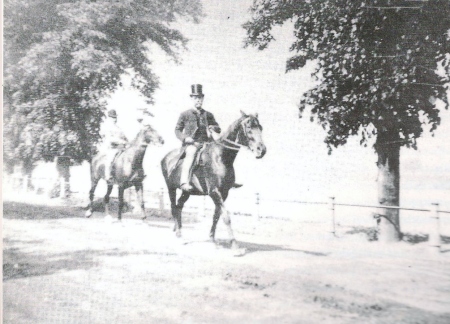 Fast forward to May 17, 2014 for the one hundred and thirty third FA Cup Final – the game will be between Arsenal and Hull City. Arsenal is appearing in its record eighteenth Final and has won the trophy on ten occasions, the last being in 2005, while Hull City will be making their first ever appearance in the Final.

This is the last Blast from the Past.
GunnerN5.