So disappointed with the belief seemingly held by Dick, some here on our blog, and so called “knowledgeable commentators” on other sites, that pressure to produce results in the Premier League prevents the Manager from blooding youth regularly.

Instead Suarez, Lichtsteiner, Mustafi, Micky, Elneny, Jenkinson, Chambers to name a few of the non controversial  ones, labour to make a mark, to make a difference, and rarely achieve. Saka and Amaechi may yet have seats on Arsenal’s extended bench for the Europa Final – but is it enough? 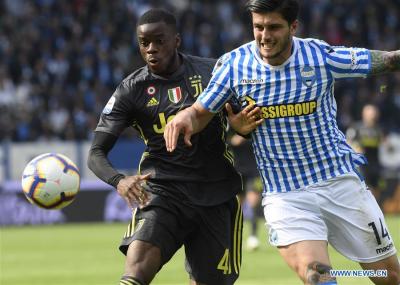 Stephy Mavididi signed for Juve u23s in 2018 and is now on the verge of the first team. Ismael Bennacer’s performances at Empoli have caught the eye of Napoli. Chuba Akpom has won the title in the Greek league. Donyell Malen is a regular in a PSV Eindhoven side that pushed Ajax close for the Dutch title.

Arsenal have one of the most talented set of youngsters in their Academy and U18s that we have ever had. They are the legacy of Liam Brady and now the future under Freddie. But only if they are given a proper window of opportunity. Scouts from all over Europe are ready to snap them up, are visiting each and every game they are involved in. They understand the Arsenal system, the Arsenal family, and they want to succeed big time.

Well, I’m sorry, the Club is doing them a disservice.

This one surely has to be the pick of them 😍pic.twitter.com/KBcSpHqGZ6

We are close to losing potentially top class talent, but at the very least, better quality than many who have gone through the motions this season. Give ’em a (proper) go, Dick, and save the money on bigger gambles you are considering.