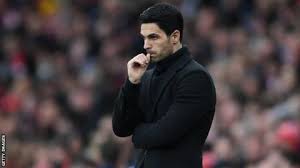 If you’re anything like me you’re still on a high from our wonderful FA Cup win on Saturday.

Not only did we end a difficult season with some serious silverware and European football secured, we also managed to make the reprobates from N17 really miserable.

Before the cup final they were assured of a place in the group stages of the Europa League, but our victory means they have to play not one, not two, but THREE pre-qualifying games, while we go straight into the groups.

Couldn’t happen to a nicer bunch of losers.

Now, I really don’t want to dampen any celebrations that you’re still engaged in, but pretty soon we’ll be starting to think about the new season.

We have many reasons to be optimistic, foremost among them being the presence of Mikel Arteta at the helm of our club.

Not only has he got us playing with purpose and a plan, he also has an ability to improve players. Mustafi, Pepe, Xhaka, Maitland-Niles and Ceballos (among others) have all noticeably got better under El Patron.

So, from that encouraging base, here’s a question for you:

What THREE THINGS would you like to see at Arsenal to give us a chance of being truly competitive next season.

Your choices might involve playing personnel, or tactics, or structural changes at the club, or anything else you like.

I’ll kick it off with my three:

Right, over to you.

This entry was posted on Monday, August 3rd, 2020 at 8:40 am and is filed under Uncategorized. You can follow any responses to this entry through the RSS 2.0 feed. You can leave a response, or trackback from your own site.

66 Responses to Arsenal: Now What?