With all the doom and gloom surrounding the club and the unexpected rise to stardom of our young Brazilian some of us may have missed the fact that there is a very difficult decision approaching Arsenal and Arteta reacting to Martinelli. 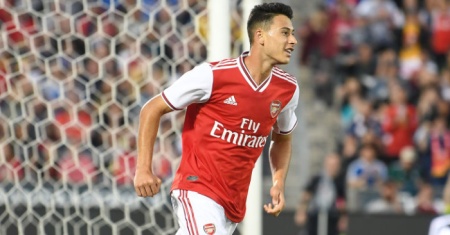 Between 18 January 2020 and 9 February 2020 there is a football tournament taking place in Columbia, it is called the CONMEBOL it features under 23 teams from the

South American nations aiming to qualify for the Tokyo Olympics. I am sure when we signed the young Brazilian there was no question he would be allowed to travel to Columbia but the form of the first team and Martinelli’s obvious qualities have thrown up quite a difficult decision for the club and new head coach.

This is not an official tournament in the FIFA calendar, so there is no obligation on The Arsenal or Arteta to grant Martinelli permission to play for Brazil in the tournament should he be called up.

Currently he would miss 4 games (assuming we overcome Leeds in the FA Cup 3rd round) and he only has to arrive in South America on 18th January, fortunately the 8 February is Arsenal’s scheduled mid season break.

Undoubtedly Martinelli has been one of the players we have wanted to see week in week out, he is giving a very good account of himself, working tirelessly and one of the few players who consistently shows for the ball even when more senior heads around him are dropping.

If you were Mikel what would you do? Let Martinelli travel off to South America and miss an important cog in the team for 4 weeks or refuse permission?

This entry was posted on Tuesday, December 24th, 2019 at 9:07 am and is filed under Uncategorized. You can follow any responses to this entry through the RSS 2.0 feed. Both comments and pings are currently closed.