This week’s excitement in the other half of north London has been a bit of a welcome distraction from our own tribulations. But the Premier League is back and we get to return to The Emirates today, for a 3pm kick off against Southampton. 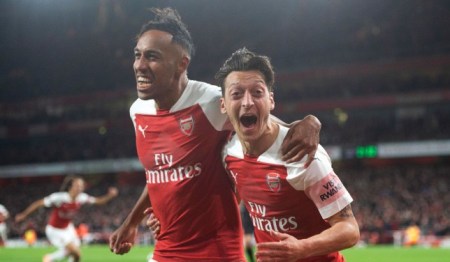 Southampton are in a bit of a state, they sit 19th in the table, having lost 8/12 games played this season. They have the worst defensive record in the Prem with a goal difference of -18. Their manager wants them to be a bit more nasty.

To be fair to our opposition we are in a bit of a state too. No wins in our last 4 games – Drawn 2 Lost 2. We are unbeaten in our last 7 home games but have won only three of those, which is embarrassing.

We have a good head to head record against Southampton having not lost to them at home in 24 meetings but they did beat us 3-2 last December at St Mary’s.

Lots of questions about who will play and how Emery will set up the team. We need a win, so he needs to have worked out how to get the ball to our goal scorers. I’ve stopped trying to be clever and work out why it’s gone wrong and how he can fix it. Emery gets paid a lot of money to do just that job so let’s see if he can work it out.

There were a couple of moments of exciting attacking football in the game against Leicester which dried up once Kolasinac got scared of moving the ball across the halfway line. I expect The Emirates crowd to show their displeasure if there’s too much passing back instead of moving forward.

Xhaka may return but we are probably missing Ceballos, Pepe and Kolasinac will be decided on today.

We haven’t seen both Bellerin and Tierney in action in a Premiership fixture and I’m hoping having them both will keep the play moving forward.

I shall be there ……….  enjoy the game everyone.

This entry was posted on Saturday, November 23rd, 2019 at 8:54 am and is filed under Uncategorized. You can follow any responses to this entry through the RSS 2.0 feed. You can leave a response, or trackback from your own site.