Happy as a Mad Brazillian?

I said before the window that our 2 main areas of concern last season were the defence and the attacking midfield areas. Fast forward a couple of months and we’ve signed 3 defenders and 3 attacking players. 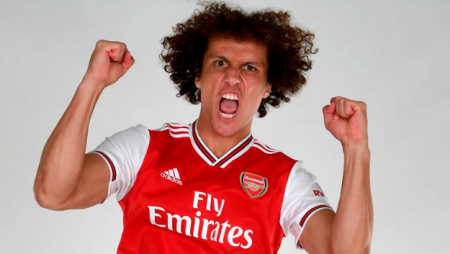 I cannot wait to see Pepe and Tierney in the side and Luiz and Ceballos should get plenty of games too and improve on what we have. Martinelli has looked capable in pre season and should develop, and hopefully Saliba will be first team ready when he arrives next summer.

We’ve gotten rid of a few fringe players in Bielik, Jenkinson and Ospina, aswell as seeing Iwobi, Ramsey and Koscielny leave. However, none of those losses feel too hurtful as we’ve known about Ramsey for a while, Koscielny is no longer what he once was, and Iwobi just didn’t seem to be developing. I really like the Nketiah loan deal to Leeds too and it would be fantastic if he could fire them into the PL and earn himself another 12 months their next season to see if he’s ready for the top flight.

A net spend of around £80m and a feeling that we’ve strengthened our attack significantly whilst managing not to make an already porous defence weaker despite losing our captain. We’ve even managed to look to the future with the signings of Saliba and Martinelli, aswell as the integration into the first team of Willock, Nelson, Martinez and Saka.

A very successful summer from the Arsenal hierarchy. The addition of Edu and the work that’s been done by the transfer guru’s might have just started to repair what was a crumbling relationship between the fans and the men at the top. It looks like we will be an exciting team to watch this season and I can’t wait for the football to start.

Over to Unai to make Arsenal great again!

This entry was posted on Friday, August 9th, 2019 at 8:32 am and is filed under Uncategorized. You can follow any responses to this entry through the RSS 2.0 feed. You can leave a response, or trackback from your own site.

35 Responses to Happy as a Mad Brazillian?