Founded in 1901, and nicknamed the “Seagulls” or “Albion”, Brighton played their early professional football in the Southern League, before being elected to the Football League in 1920. The club enjoyed greatest prominence between 1979 and 1983 when they played in the First Division and reached the 1983 FA Cup Final, losing to Manchester United after a replay. They were relegated from the First Division in the same season. 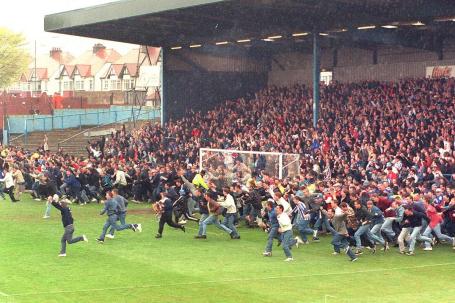 Last game at the Goldstone

By the late 1990s, Brighton had slipped to the fourth tier of English football and was in financial trouble. After narrowly avoiding relegation from the Football League to the Conference in 1997, a boardroom takeover saved the club from liquidation. Successive promotions in 2001 and 2002 brought Brighton back to the second tier, and in 2011, after 14 years without a permanent home ground the club moved into the Falmer Stadium . In the 2016–17 season, Brighton finished second in the EFL Championship and were thus promoted to the Premier League, ending a 34-year absence from the top flight.

The first settlement in the Brighton area was Whitehawk Camp, a Neolithic encampment on Whitehawk Hill which has been dated to between 3500 BC and 2700 BC. It is one of six causewayed enclosures in Sussex. Archaeologists have only partially explored it, but have found numerous burial mounds, tools and bones, suggesting it was a place of some importance. There was also a Bronze Age settlement at Coldean. Brythonic Celts arrived in Britain in the 7th century BC, and an important Brythonic settlement existed at Hollingbury Castle on Hollingbury Hill. This Celtic Iron Age encampment dates from the 3rd or 2nd century BC and is circumscribed by substantial earthwork outer walls with a diameter of c. 1,000 feet (300 m). Cissbury Ring, roughly 10 miles (16 km) from Hollingbury, is suggested to have been the tribal “capital”.

The ancient settlement of “Brighthelmstone” was documented in the Domesday Book (1086). The town’s importance grew in the Middle Ages as the Old Town developed, but it languished in the early modern period, affected by foreign attacks, storms, a suffering economy and a declining population. Brighton began to attract more visitors following improved road transport to London and becoming a boarding point for boats travelling to France. The town also developed in popularity as a health resort for sea bathing as a purported cure for illnesses.

In the Georgian era, Brighton developed as a fashionable seaside resort, encouraged by the patronage of the Prince Regent, later King George IV, who spent much time in the town and constructed the Royal Pavilion in the Regency era. Brighton continued to grow as a major centre of tourism following the arrival of the railways in 1841, becoming a popular destination for day-trippers from London. Many of the major attractions were built in the Victorian era, including the Metropole Hotel (now Hilton) Grand Hotel, the West Pier, and the Brighton Palace Pier.

Brighton’s location has made it a popular destination for tourists, renowned for its diverse communities, quirky shopping areas and large cultural, music and arts scene. Brighton attracted 7.5 million day visitors in 2015/16 and 4.9 million overnight visitors, and is the most popular seaside destination in the UK for overseas tourists. Brighton has also been called the UK’s “hippest city”, and “the happiest place to live in the UK”.

We are unbeaten at home by Brighton – here is the record. 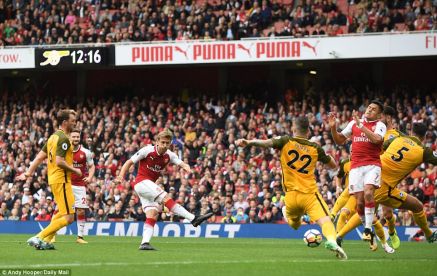 This is our final home game of the season so I fully expect that both the team and the crowd will be on top form.

This entry was posted on Saturday, May 4th, 2019 at 6:23 am and is filed under Uncategorized. You can follow any responses to this entry through the RSS 2.0 feed. You can leave a response, or trackback from your own site.

31 Responses to Arsenal FC – Our home record against Brighton