Contrary to the apparent opinion of many in the Arsenal blogosphere, this game  might be more important than any of the matches coming up in early March in the Premier League. In all actuality, each game has its own significance.

The game got off to a flyer, plenty of space and a goal for Mesut from Kola’s instant pass within the first 4 minutes. Perfect. Bournemouth made a tactical change and were suddenly right back in it. Their tails were up and then we scored the second to take the wind out of their sails after a sloppy pass across the back four. Micki found Mesut and his return pass was just sublime; the Armenian’s finish clinical. 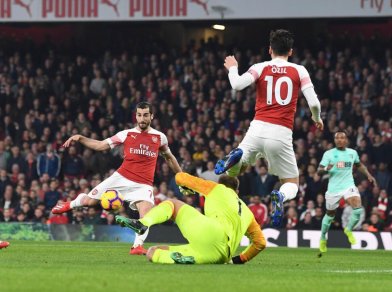 Surely that would kill Bournemouth’s fightback? Nope. Some more titting about playing out from the back gifted them a goal. Guendouzi caught on the ball, though he was also caught with the follow through of the challenge which I always thought was a foul. Anyway 2-1 and raised heartrates all round.

The remainder of the first half was spent searching for a working stream. Did anything happen?

According to the commentary I had, Emery laid into the players at half time.  It showed. Ferguson hairdryer, Emery blowtorch – who cares if it produces the right reaction from the players.

Kos scored from a free-kick which looked like it was going nowhere but back to our own half. It ended up being a nicely constructed goal which created the space in the penalty area by virtue of the backwards passing.

The fourth from Auba was all down to Micki’s strength bringing the ball out from deep Who would’ve thought? Taking the ball round the keeper – how often does anyone get a chance to do that these days? 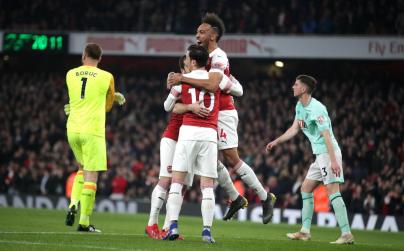 Mesut hit the post before the coup de grace. Laca’s free kick really was the cherry on the cake. The ball travelled over the jumping wall and still came down six feet from the ground. Boruc got a touch but had little chance of keeping it out.

Excellent home win – something we’ve come to expect at THOF as out home form is that of title contenders. The first half definitely had some worrying periods, but overall it was a football match of which the manager should be proud.

Spuds losing meant that we’re only 4 points behind their title challenge. 🙂 The chavs and red mancs winning meant fourth to sixth position stay exactly as you were. 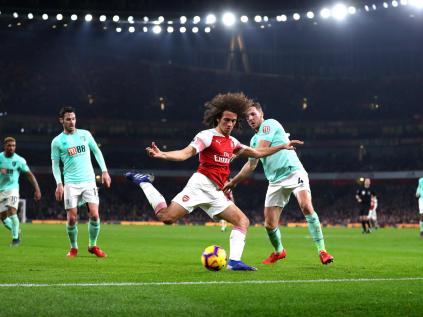 Jenkinson – didn’t disgrace himself without adding too much. A true Gooner  … 6

Guendouzi – Matteo, what were you doing for the Bournemouth goal? – his usual all action performance aside from that though … 7

Ozil – a goal, a superb assist – will always make a significant contribution to our goals tally – is it enough? … 8

Iwobi – will play against the spuds for sure … 7

Emery – can rest easy before the spud game that he overcame a team which briefly threatened to come back at us – if it’s true that he went at the players at half time, then we need more of that Unai … 8

Wagner – struggling with a depleted squad … 4

Please give your own ratings/match report in the comments.

This entry was posted on Thursday, February 28th, 2019 at 6:50 am and is filed under Uncategorized. You can follow any responses to this entry through the RSS 2.0 feed. Both comments and pings are currently closed.