It was a surprise when Huddersfield forced their way in to the PL and it was an achievement of almost Leicester standards for them to stay up last season. Town have spent hardly anything, have a small ground and … how can I put this? … just think cobbled streets, Hovis and Lowry’s stickmen. 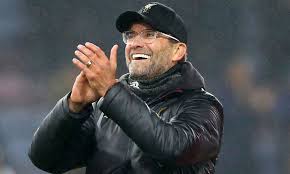 In terms of economy, history, players there is no comparison with Arsenal but Town will give us a hard game this afternoon, just as they did at Wenger’s farewell at the John Smith’s in May.

We hammered the Terriers 5-0 last time but the score flattered us, with 3 goals in 4 second half minutes.

With two Danes, it would be 3 but for the suspension for Billing, there is much Huddersfield interest in Denmark.  TBH I know nothing about their other players,  the Dutch CB, Kongolo, appears to be their stand out man.

Thinking of CB’s, it is horrible news about Holding who is developing into a solid performer. We must hope he can make a full recovery ready for our title winning season in 2020.

We have injuries, some long-term, the loss of Welbz and Holding will probably result in January TW activity.

I pick a very attacking team. Why not – it’s Xmas.

Will Ozil’s “back spasm” continue? I have had back problems and can assure anyone who hasn’t that it is very debilitating requiring rest and time to improve. I prefer not to believe that there are tensions between Ozil and the club.

We have been on an wonderful and much unexcited run, a win today is important.

This entry was posted on Saturday, December 8th, 2018 at 8:16 am and is filed under Uncategorized. You can follow any responses to this entry through the RSS 2.0 feed. You can leave a response, or trackback from your own site.