If Unai Emery’s Arsenal were a snake, what snake would they be? What I mean is, if you had to compare Arsenal’s style of play or, let’s say, their game plan with a snake which snake comes to mind? It struck me as I was watching Arsenal beat Sporting to make it eleven wins on the trot that a clear pattern is emerging. We start games perfectly well then after about twenty minutes we start making silly mistakes; in the hope of capitalising on said mistakes the opposition are drawn further up the pitch and into the trap. What they don’t realise is that they have become caught in the snake’s coils and they are slowly closing; yes the opposition flail around for forty five minutes or so, they may even score a goal but as the second half moves on the coils start getting tighter and tighter, slowly squeezing the life out of them. The snake has surely got to be a Boa Constrictor.

Well, you try and find a way of starting our eleventh win on the bounce “Ozil benched after pedestrian performance” lol.
There are two teams starting to appear, the one that starts the EPL and the one that starts the Europa, did you imagine at the beginning of the season that Iwobi could find himself being saved for the EPL? Me neither but it certainly is testament as to how far Unai has been able to bring him on this season. With only a slim advantage of one nil, I even found myself feeling relieved when he made his appearance. Strange times.

The other thing that surprised me during the game, was going from feeling quite neutral about little ol’ Sporting with their nice food and pleasant weather to absolutely hating their guts for their dirty fouls and their dirty play acting. This was made all the worse when I realised that the ex manu player Nani was playing for them – once a banned ‘C’ word, always a banned ‘C’ word. 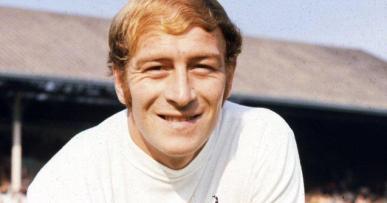 It obviously wasn’t a vintage Emery display (lol), no hope long range shots in the first half; the order made all the more tall with Xhaka and Lichtsteiner as makeweights on the flanks but we did what we do nowadays and found a solution, after a good opportunity was missed by Aubameyang and things looked like they might not go for us, Ralph Coates made a schoolboy error that gifted Welbeck a deserved goal which turned out to be a deserved winner.

Lichsteiner: I loved watching him last night; it makes me wonder how they teach them in Italy, the complete gamut of Dark Arts were on display, Machiavelli would have been proud. 6

Holding: I keep on waiting for him to slip up but he doesn’t and goes from strength to strength, the weekend will tell us where he stands in Emery’s eyes, will it be him and Mustafi or Mustafi and Big Sok. A very level-headed display tonight; I suppose, as RC suggests, he should be MOTM. 9

Big Sok: When the Sporting player was through, bar Big Sok; he knew what to do; he knew how to make it look like he grabbed the oppo’s shirt without really doing so, my question is would Holding have known how to do that? This is what comes with experience which is probably why I would still plump for Big Sok with Mustafi to start on the weekend ahead of Holding. 8

Xhaka: not often I find myself having to cut Granit some slack but taking one for the team by playing completely out of position certainly deserves just that and he didn’t play too badly there either. 7

Guendouzi: yep, no probs for me, continues on his upward trajectory and long may it continue. 7

Ramsey: struggled to get a grip on the game which in my opinion was his job, got better as the game went on. Still loving the fact that Arsenal have withdrawn his contract offer which has freed up UE an awful lot. Evidence being, Ozil playing in his preferred place on Monday. Nothing to really complain about but Mesut he ain’t. 7

Elneny: he huffed and he puffed, I was surprised to see him play the more advanced player out of him and Guendouzi. His days must be numbered. 6

Mkhitaryan: did an awful lot better than he has been doing lately, a really determined performance and a hard working one at that. 8

Aubameyang: Unai Emery is playing this so well, it’s gentle rotation between him and Laca; neither feels that one is being given priority over the other and as such they are looking fresher than a lot of other strikers in the EPL but to think that UE is not purposely creating competition for places between them would be naïve in my opinion. 7

Welbeck: and on the subject of competition for places Emery should be applauded for how he is keeping Welbeck involved and clearly feeling an important member of the team and I purposely used the word team and not squad. Superbly taken goal. 8

This entry was posted on Friday, October 26th, 2018 at 7:34 am and is filed under Uncategorized. You can follow any responses to this entry through the RSS 2.0 feed. You can leave a response, or trackback from your own site.