Cristiano Ronaldo, Nani, Quaresma, William Carvalho, Luis Figo, Peter Schmeichel, Phil Babb (!),  All played for Sporting and, had they still been in the green and white shirt, this evening would be very difficult but they don’t. In fact, Sporting Lisbon had a player revolt in summer which resulted in players cancelling their contracts and leaving the club.

7 players left including 4 Portuguese internationals, and all left on a free transfer. And we think players in the PL have too much power! Without too much research this happened because Sporting got a new Chairman who created a poisonous atmosphere within the club, they then went on a losing run resulting in some fans attacking the players on the training pitch, giving the players the right to cancel their contracts.

Needless to say, this has weakened the team and this season they sit in 5th place in the Primera Liga. 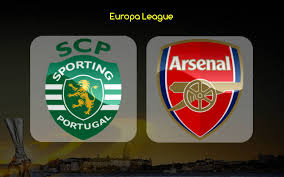 As to their players I know Zip, but I am sure they will be hard working, good on the ball etc etc etc

We come into this game in tremendous form and, despite a mounting injury list, Emery is certain to play around with his squad and we may well see Smith Rowe or even Elneny in midfield.

Both AMN (Cons) and, believe it or not, Carl Jenkinson are travelling with the squad and must therefore be available. I really like Jenks – not as a player for Arsenal but as a proper Gooner. I wish him well and perhaps he will get a start in the Carabao. Maitland-Niles (Cons) has a big future at Arsenal and may well get some pitch time this evening.

Ramsey was poor in his 10 minutes at the weekend, he needs to up his game and I expect him to do so. A wonderful goal apart, he has struggled, but he remains a very influential player. Tonight he will want to show Emery he is deserving of a first team shirt.

Watching Emery’s press conference yesterday I was delighted that when questioned in Portuguese, Unai understood the question and then answered in English. This shows his commitment and also his intelligence.

Tricky away fixture (we have never won in Portugal), if we draw this and win the home tie we will top the group. but we have a very food squad in good form and there is no reason why we cannot win tonight in Lisbon then celebrate with a bowl of Sopa de Cacao.

This entry was posted on Thursday, October 25th, 2018 at 8:30 am and is filed under Uncategorized. You can follow any responses to this entry through the RSS 2.0 feed. You can leave a response, or trackback from your own site.