Today’s friendly in Stockholm is Unai Emery’s last chance to get the measure of his squad before next weekend’s Prem curtain raiser against City. 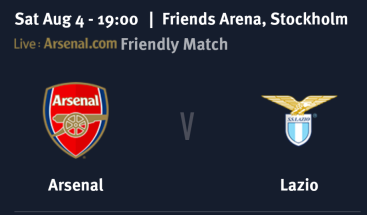 The biggest question and most enthralling prospect for the game is whether we might get a look at Lucas Torreira in an Arsenal shirt.

Who will start the game at centre back? Mustafi and Sokratis looked less than convincing against the chavs. Time is running out for an obvious settled partnership to emerge. Perhaps Calum Chambers might feature in his preferred position?

Ramsey is out with a perfectly timed tightness in his calf. The Beast is out for 8 weeks. Interesting to see if ESR gets another chance. Xhaka alongside Torreira could be fun.

Up front I’d like to see Auba and Laca in tandem as it offers up the most chances of scoring goals.

Hark at me choosing a team for a friendly. How preposterous! Maybe choosing players I’d want to see start against City,  more like.

I know virtually zero about SS Lazio but they finished 5th in a Serie A which appears to be re-establishing some of its former strength, so they’re no mugs. 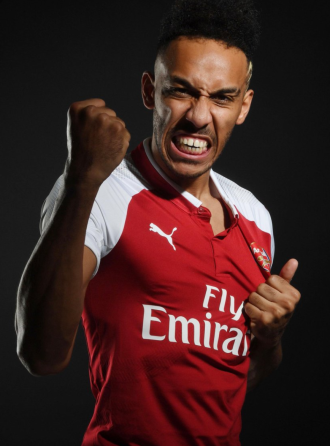 This entry was posted on Saturday, August 4th, 2018 at 6:22 am and is filed under Uncategorized. You can follow any responses to this entry through the RSS 2.0 feed. You can leave a response, or trackback from your own site.