Belgium and France kick off the Semis

France and Belgium have emerged from the tough half of the draw contrary to many’s expectations.

France disposed of Argentina and Uruguay  and Belgium clinically removed Brazil. Both teams have strong English Premier League representation, their teams have that familiar feel. Perhaps France have the edge with their emerging youth. Should be an interesting game, though, with such a prize on offer, decent football sometimes disappears when the fear of losing creeps in.

Hugo Lloris thinks a spud will win the World Cup. Going out on a limb there, fella, ain’t ya? 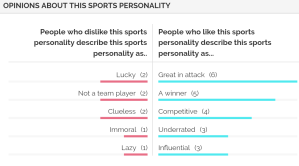 This entry was posted on Tuesday, July 10th, 2018 at 5:28 am and is filed under Uncategorized. You can follow any responses to this entry through the RSS 2.0 feed. You can leave a response, or trackback from your own site.

70 Responses to Belgium and France kick off the Semis