Is a change of Playing Style required?

Problems at Arsenal based on player analysis and playing style analysis:-

This hasn’t traditionally been our big problem area over the last few seasons, so is not the right place to look to for our consistent failings. It may be that in the here and now a new keeper is needed with father time catching up with Cech and a lack of world class options behind him.

A penchant for smaller central defenders Pep era Barcelona style doesn’t work with us. We are often out-muscled and don’t look anywhere near commanding enough in central defence. One smaller quicker CD is ok with the right partner but 2 at the same time??

If Kos had been paired with a Kompany / Sol Campbell type CD for the last few years we would have been a different animal. With his injuries Kos can’t be a 1st choice consideration all season anymore and the rest are more squad player quality and not 1st team quality (at least not yet with some of them). 2 new CD’s likely required but different types to what we have. 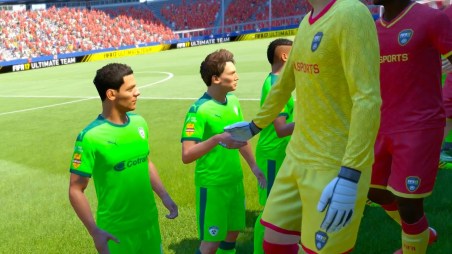 Had some decent options in the last few years, so again not the right place to see our main failings. The biggest problem with the FB’s has been that they largely become wingers for much of the game but in a poorly executed fashion (discipline wise). This is more a team style issue than player issue per se and is dictated in some ways by the midfield in front of them (see later).

Having said all this, there are player concerns potentially arising now. Monreal is getting on and is Kolasinac good enough to replace him? Bellerin has looked squad player standard for much of this season but you do feel he can sharpen up with the right coaching and advice.

Will look at this as a whole because outside of CD it is where our main problems are. Individually assessed we have a lot of good midfielders. Collectively they don’t gel. Why? This seems to come down to Arsene and his player preference. He seems to mainly only look for slightly slower, cultured ball playing, tippy tappy style CM’s and then just string 5 of them out in the bit between the midfield and striker.

This is a criticism that has been mooted by some of us on here for a few years, so is not a new consideration. Arsene doesn’t seem to value the specialist holding midfield role or the specialist winger / wing forward role in this 3rd era at Arsenal (pre Emirates move era, Emirates move austerity era, post austerity Emirates era).

What we end up with is a lack of pace or width and a lack of support to the striker leaving them often isolated. Hence we end up with 5 players who are all kind of in a laterally aligned set up looking for a forward pass to play but finding no pacy winger / wing forward to play a ball for them to run on to and a striker isolated with 2 CD’s on him. Result, tippy tappy sideways and backward passing or forcing a forward pass through a narrow central congested channel which is likely intercepted or more easily defended.

We fail regularly to stretch opposition defences and pull them around. Our width for the most parts seems to come from the FB’s stationed high up the pitch in the wing positions, but too often they receive the ball there statically rather than bursting forward on an overlap. This is mostly seen with park the bus teams where the FB’s just seem to be permanently stationed high up and the more dynamic overlap only seems to happen when we play a team we are able to use a counter-attacking strategy from deep with. We probably only need to keep 2 or 3 from the 4 when looking at Xhaka, Elneny, Ramsey and Wilshere, and free up space for 1 specialist HM and at least 1 specialist winger / wing forward (in the Robben / Sane mould).

After his first year with us Giroud should have graduated to becoming a good back up option and something alternative from the bench to shake it up. He was never the type of striker that we should have been developing our play around. Playing with this type of striker as a 1st choice demanded a different way of playing that was to a large extent very non Arsenal (Wenger era) like. We should have been looking towards a quicker more mobile lethal front man and we stuck with the less mobile target man as our choice of play for far too long.

Having said that I didn’t want Ollie to go if we could have kept him. Having now recently recruited 2 of the types of strikers that we should have done a while back, we still don’t look right. Why? Well essentially we haven’t changed our set up to compliment the new different style of striker we now have, and are setting up the team behind them exactly the same as we did with Ollie, the  bigger slower target striker.

Pining for him and what he offered us as being the answer to our problems, is the wrong call for me. We failed regularly when we had him anyway. Our new strikers cannot be left isolated with 2 CD’s to deal with. They need to be mobile and be supported by other quick players to create space for them, and to fill the CF position when that striker has provided an outlet in the wide channels and has essentially become the supplier / creator. Arsene’s midfield combination preferences don’t allow for this.

I often think of Arsene as having changed what type of team he wanted when Pep’s Barcelona was in its pomp, and feel he contracted a kind of Barcapeperatippytappyitis, which still afflicts to this day. They were in a different league, with a collective of specific types of technical players, under a different manager that actually, despite the possession and attack focus of that side, was very disciplined and well coached. We are in a different league in a different era and don’t seem to bother with that extra attention to coaching detail that Guardiola did, and still does.

We look the most ill disciplined and poorly drilled out of all the big clubs and it has often been said that Arsene likes players to work it out for themselves. Over-coaching can, of course, also be an issue, so one doesn’t want to make it too regimented, but it would seem the mantra of the players working it out for themselves is quite easily trumped by coaches paying more attention to detail.

Should we be aiming for that Barca style or looking more towards our old blueprint of pace and power complimented by excellent technical players. I know which I prefer. We all love the idea of Wengerball, and being considered the most easy team on the eye, and being the club that develops the young precocious players the best, but in reality we are actually none of these anymore.

Wengerball is a nice memory from a bygone era and we are more often stale and boring in our football than off your seat excitement. A mere handful of games see us play good football from start to finish with the rest made up by flashes of excellent football in a game we have also looked equally poor in, or just a poor game from start to finish. Probably the middle one dominates in what we produce most frequently.

Our young players seem to be failing once introduced to 1st team environment. It is other clubs who are the ones that have the young players developing from precocious talent into top class talent, so that is another bragging right we have lost in reality.

The big question is does Arsene have either the will or the insight to change many or all of the factors that are stifling us? Do we think he will start to coach in more detail and / or allow other first team coaches to do more, for example Bould with the defence? Do we think he will look towards a more traditional commanding type of central defender? Do we think he will change his preferences for those types of CM’s he seems to love and shake the squad up, maybe looking towards different types of players, like pacey wide men and HM’s, that may compliment us more and give greater depth and balance to our team and performances?

This would require a harder edge in accepting some of the players identified by him are not quite what we needed afterall and then having that harder edge to move them on.

I tend to find myself answering no in all cases with these questions. I don’t see any evidence that Arsene wants to change the set up, style or type of coaching, or that he wants to identify a different style of player to those he has traditionally preferred in recent years. I also think he treats his players, the ones he identified and wanted, as if they are his own children and doesn’t really have it in him to move them on for something different. A new manager can more ruthlessly look at this situation and decide who stays, who goes, and who should come in without that personal attachment.

Things have just run their course. We can but hope for those 3 big displays that we know we have in us at times that may secure the EL for us. Win this and Arsene could walk away with his head held high at that point, and this should happen because the club needs a fresh and new approach with a touch more pragmatism, attention to detail and adaptability within it.

This entry was posted on Tuesday, April 17th, 2018 at 8:38 am and is filed under Uncategorized. You can follow any responses to this entry through the RSS 2.0 feed. You can leave a response, or trackback from your own site.

99 Responses to Is a change of Playing Style required?