Disgrace at the Liberty – Player ratings

A few comments from AA bloggers to summarise that rock-bottom performance.

Big Raddy says at 7:54
Looks as though there has been a touch of rain in Swansea

(Ed…This is always bad news when we play – we perform badly in the rain – the only time it’s an advantage is when we play a team that’s poncier than us, like Chelsea)

and at 8:08
20 minutes gone and Fabianski has yet to touch the ball.
Playing across the back is fine but can’t we just try and attack?

and at 8:19
What a brilliant pass from Mesut and a terrific finish.
Get in.

Rasp says at 8:21
How typical, we score and then concede within 2 minutes … will our training staff ever pick up on these repeated patterns …. we switch off after we score!!!

FGG says at 8:37
Defensively dreadful from Xhaka. He looks at Clucas and just stands still whilst he runs past him into our box. I don’t care what anyone tells me, there is no way he has ever been a HM player. He just doesn’t see danger at all. 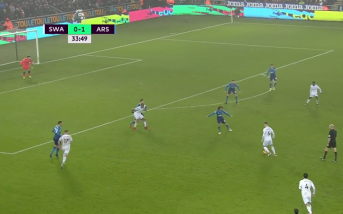 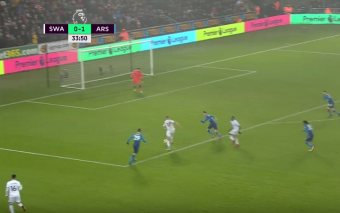 Big Raddy says at 8:38
We are being outplayed by the bottom team in the PL. They are faster to the second ball, more dynamic, more organised in defence and overall comfortable. We have been crap.

FGG says at 9:08
May as well not have a manager or strikers if we are going to do stuff like that. Terrible.

No hiding, our style of football is not effective

Possession football – what is the point of it exactly? Arsenal sides in the past few years have always tended to have excellent numbers in terms of possession. This has also been reflected in the number of chances we’ve created. The worrying trend this season, and away from home especially, has been that our possesion stats have stayed high but the number of chances to score have been plummeting.

What is the point of continually holding on to the ball in non-threatening positons and then losing it immediately you get anywhere near the opposition’s 10 man defence? Players are scared to lose the ball by making potentially chance-creating passes. Our football is stale and how to play against us has been worked out, polished and then perfected by the poorest of teams.

Sums up the game pic.twitter.com/pcseB6VSMZ

Monreal – Great goal, one of the few dangerous runs forward of the night. Poor throw to Mustafi in the build up to the second goal. Slipped for the third goal ….5

Mustafi – If you’re put into a difficult situation, put it in row Z ….4

Koscielny – Still our best defender but too quiet to be captain ….5

Ramsey – Not even playing against his old enemy could inspire Rambo to much on his full return to the Premiership ….4

Elneny – At least he committed himself for the cause ….6

Iwobi – Better going forward than last time out – possible should have had a rest in favour of the new boy ….5

Ozil – Quality assist with one of the few penetrating passes of the game – must be pleased he’s left his options open ….6

Lacazette – Poor service and the lad almost seems to have given up hoping this nightmare will turn around (much like the rest of us) ….4

Giroud looked as sad as the Arsenal Away Boys. 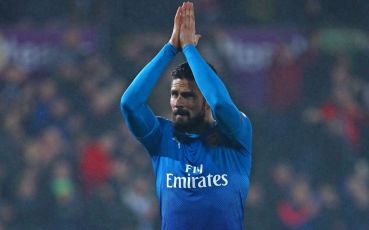 This entry was posted on Wednesday, January 31st, 2018 at 9:05 am and is filed under Uncategorized. You can follow any responses to this entry through the RSS 2.0 feed. You can leave a response, or trackback from your own site.

170 Responses to Disgrace at the Liberty – Player ratings