Wembley on the Horizon

Chelsea away. Injuries all over the shop. Porous defence. Lack of confidence. Fans less than enthusiastic. 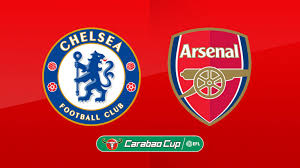 Last game was a cracker; full of excitement and top quality attacking allied to dreadful defending from The Arsenal, diving and awful finishing from Chelsea. I expect much of the same tonight and would be thrilled with a similar result.

Sanchez: According to the media we have received a €20m offer from City. How will that affect both the player and the manager? Would you sell him or let him go for nothing in summer? Is €20m enough?

VAR: Exciting and interesting development which will/could change the way football at the highest level will function. It works in other sports but can it work in football? Would Hazard’s clear dive be a penalty or not? Depends upon one’s viewpoint which is exactly the point!

Given that Chelsea and MC remain in the Carabao, was AW decision, to prioritise tonight over the FA Cup, pragmatism or stupidity?

There is no doubt in my mind that if Arsenal play well, particularly if we take the chances in attack, we can win. The question is – does the team share my faith?

This entry was posted on Wednesday, January 10th, 2018 at 10:11 am and is filed under Uncategorized. You can follow any responses to this entry through the RSS 2.0 feed. You can leave a response, or trackback from your own site.

91 Responses to Wembley on the Horizon