FA Cup. It has been good to us in recent years having only lost once in 4 seasons, can this run continue?

Away at Forest is a potential banana skin, especially as Mr Wenger  is expected to rotate his squad. Xhaka, Ramsey, Giroud, Kolasinac, Koscielny and Monreal are all injured, so the potential for rotation is limited. Wilshere needs to be rested and with Xhaka out we will struggle to be creative. Should be interesting to see if Iwobi, Coquelin and Elneny can find space and provide the ammunition for the front men.

I know nothing about the current NF team. Once Cloughie left and they dropped out of the PL I lost interest. Thankfully for the Forest owners, their fans have not and they average over 25k attendance at the new City Ground (more than 7 PL teams).

Forest have a caretaker manager having sacked the previous incumbent, (what a lovely word) Mr Warburton after 9 months of difficulty. This is often bad news for The Arsenal as players try to impress the new manager.

Not sure about this attack as Mr Wenger must have a reason to freeze out Walcott,  if it is because Theo is leaving then he is unlikely to play. In which case we are struggling to find a fit forward. Could Nelson be played upfront or Akpom? Mr Wenger has stated we are not interested in signing Aubameyang. 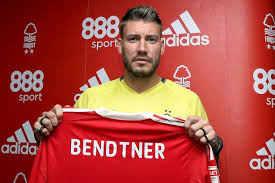 Both teams could use The Lord

Mr Wenger starts his 3 match touchline ban, punished for telling the truth. Referees have ruined our season which may cost Arsenal millions of pounds. Where is their accountability (a post in the making?)?

Can we continue AW’s astonishing run of never having lost in the FAC 3rd round?

This entry was posted on Sunday, January 7th, 2018 at 11:06 am and is filed under Uncategorized. You can follow any responses to this entry through the RSS 2.0 feed. You can leave a response, or trackback from your own site.