Chambers is closer to leaving than I realised.

Mertasacker will always be an Arsenal legend.

Holding purposely had his confidence massaged in this game.

Reiss-Nelson is not as advanced as I had hoped.

Elneny should be playing in the first team more.

Wilshere is better than I had remembered. (gone next window) lol 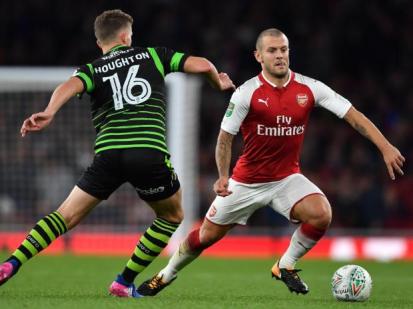 Maitland-Niles is fast, I mean hot damn fast. This was the biggest revelation of the night. Hadn’t noticed this before.

Walcott looks like a poodle when he jogs back after an attack.

Sanchez is the greediest footballer in the EPL. Surprised he played the whole game as he should start on Monday.

This entry was posted on Thursday, September 21st, 2017 at 6:44 am and is filed under Uncategorized. You can follow any responses to this entry through the RSS 2.0 feed. You can leave a response, or trackback from your own site.