One Cockerel does not a summer make

So here we go folks, the final North London Derby at WHL. This occasion really should have called for the daddy of pre-matches, but unfortunately there are some trees that need a hug…..so you are stuck with me.

I need to say in advance that I have a superstition about being too condescending ahead of these games so if you are expecting lots of belittlement and ridicule then disappointment will be the order of the day. Having said that the rest of you can fill yer boots. 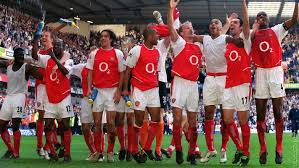 I strangely feel a degree of sadness that this is the last outing at their place, as WHL holds some fond memories for us. I am normally very nervous about these games. On reflection I think this is because we have pretty much been the favourites in games against them since some fellow called Newton had an apple fall on his head. As such I think the expectancy to win adds more angst to the occasion. This time however I have them down as favourites. Spurs are the form team this season while we have struggled.

Stating this actually doesn’t cause me any issues because this aberration can be redressed in readiness for next season. A shift in the balance of power?……pffft (he expectorates on the floor in distaste). As Lord Wenger intimated the other day, one cockerel does not a summer make. If anything Spurs form versus ours this season may be the main proverbial kick up the derriere that we needed. If it turns out to be the catalyst for action that sees us awaken from our slumber and head into next season a different animal, then I will doff my cap to those white lillies and say thank-you. I may even resort to a chicken on a beach ball as my screen saver……ok maybe not….still a few white wine spritzers clouding my judgement this morning.

I am reconciled with the fact it is now near impossible for us to celebrate St. Tott’s day this year. If you gave me a choice between winning the F.A cup and finishing below them or finishing above them with no silverware then I would take the former all day. This is a real possibility for us so it could be that in a few weeks time we are actually celebrating a more successful season than them. How galling would that be for them?

Onto team matters. I am not sure if a mere stand in for the pre-match is allowed to mutter these sacred words, but here goes………..

my team (ooh it does make one feel powerful) :

Why change the formation that has revived our fortunes recently. I would also like to stick largely with the same players with a couple of proviso’s. I think the pace of Welbeck with Ozil and Sanchez flitting about behind him would suit this game more. Giroud and Walcott are useful impact subs. I think we need the defensive graft of Coquelin in a disciplined role front of the defence. They are dangerous in that area and a big game from him could be a deciding factor. If he is able to largely stifle them in this area and free up the rest of our team in attack then I will be very hopeful. Xhaka has played well recently but is more reckless and we can’t afford to be down to 10 men in this game. Other than that it is as you were.

As I said, based on form and them being at home they are the favourites…….but I have a feeling in me bones. Being favourites carries that extra psychological burden. Also our new system will be far less easy for them to predict than when we were labouring with the 4-3-3 system. Even we don’t yet fully know what Arsenal will turn up in this system, so it should create some doubt and uncertainty in their minds.

All this should mean that for once, us rather than them, can approach the game with less to lose and can literally just go out and play without burden. There is one final consideration. This is a historic day for them. There must be a few nerves in their camp that the final NLD at old WHL could go down as an Arsenal win. WHL holds some fond memories for the Arsenal. Who can forget the 3rd May 1971 or the 25th April 2004? Let the record books show that Sunday 30th April 2017 saw Spurs title bid crash down around them as the good guys in red and white registered a historic final win at WHL.

This entry was posted on Sunday, April 30th, 2017 at 10:03 am and is filed under Uncategorized. You can follow any responses to this entry through the RSS 2.0 feed. You can leave a response, or trackback from your own site.

206 Responses to One Cockerel does not a summer make