Gabriel and Ox to start?

How can our team beat the Northern Oilers and then get absolutely demolished by S’ton? It is so typical of the last 10 years. Unfathomable.

If I had to pick a first 11 out of the 22 that took the field on Boxing Day 10 would be Gunners. Is this my AFC bias? I don’t think so – which is why such a defeat came as major shock. An unlucky one goal loss like WBA away one can understand but a 4 goal drubbing?? 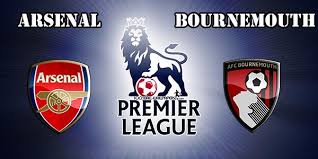 Mr Wenger will be looking to get us back on track today against a surprisingly in-form Bournemouth. Let there be no doubt, B’mouth can leave the Emirates with a good result. A 6 game unbeaten run including wins over Chelsea, WHU and MU are evidence of a team brimming with confidence but today I expect us to recover some pride.

Wouldn’t it be great if the Ox could find some form? The man has unquestionable quality and is one of England’s great hopes but what has happened? Is it confidence, over-training, trying too hard – whatever it is he needs to get back to form or face a career as a squad player.

Chambers in midfield? Surely not. Gibbs instead of Monreal? Unlikely. Ox to play instead of whom? If it is to be Giroud then Theo plays centrally.

We are at home, Leicester have a tough game, we can be top going into 2017.

Let it be so

This entry was posted on Monday, December 28th, 2015 at 9:54 am and is filed under Uncategorized. You can follow any responses to this entry through the RSS 2.0 feed. You can leave a response, or trackback from your own site.

148 Responses to Gabriel and Ox to start?