Today is the 9th anniversary of probably the most amusing day in my long Gooner history. What could be better than seeing the N17 mugs crying whilst we take their first attempt at the Champions League away?

Martin Jol’s Spurs had been on a fine run and needed to just match Arsenal’s result to ensure CL qualification – a prize valued at above ￡10m at a time when ￡10m bought you a Ronaldo not a Peter Crouch. They were away at a dismal West Ham, we were at home to Wigan.

Spurs thought it would be a good idea to take their team to a hotel for the Saturday night before the game and being the small club they are chose to stay at the Marriot West India Quay ( an upmarket Travelodge) in Canary Wharf whilst Arsenal stayed down the road at the 5 star Four Seasons.

The Hapless Hotspurs were having their best season for 11 years inspired by a strike force of Keane and Defoe allied to the midfield skills of Carrick, Danny Murphy and Edgar Davids.

A buffet dinner was arranged in a private room – the Marriot advertised it would “satisfy the most discerning palates with a fresh approach”, most players chose lasagne …… 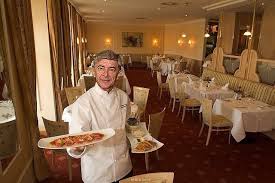 A little after midnight Carrick, Edgar Davids, Taino, Dawson, Lemon and Keane had a nasty dose of Montezuma’s Revenge.

Daniel Levy phoned the Premier League officials to arrange a postponement, they refused.

It was a 13.30 kick-off and Jol was unable to find enough fit players to fill the bench plus some of those playing were dehydrated and suffering from the effects of a night of the Tottenham Trots.

Within 10 minutes of kick-off we were one up and Spurs one down. A future Arsenal hero Yossie Yossie Benahoun delivered the coup de grace as the Hammers beat the Hapless Hotspurs. TH14 scored twice as we beat Wigan 4-2.

Levy applied to the Premier League for a replay citing not just misfortune but also possible skullduggery at the Marriot. They even went so far as to call in Tower Hamlets Environmental Health Officers to investigate (the lasagne cook was a big Gooner) but they found the Marriot had no case to answer.

The days that followed were full of glee and guffaws as we found out what had happened. Not just the joy of beating Spurs to the CL when it seemed unlikely but also the manner of their defeat. It was further proof that Spurs are meant to be “forever in our shadow”

And that is how it is to be a Spurs fan. Every year there is hope and every year it is dashed. How many times do we hear them bleat about how “this year will be the year” – it never is.

This entry was posted on Wednesday, May 6th, 2015 at 9:36 am and is filed under Uncategorized. You can follow any responses to this entry through the RSS 2.0 feed. You can leave a response, or trackback from your own site.