6/12/14. The Potteries: The first half on the slime covered fields of Middle Earth was embarrassing. Three down to base level tactics, which must have been discussed endlessly during the week prior to the game, the players shamed their fans and their manager. Second half we were by far the better team and had we not been chopped by a homer referee we may well have won. 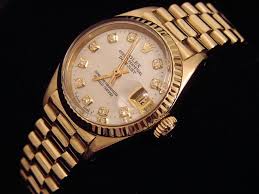 11/1/15. A chance for the team to make reparations to both the fans and the manager.

Let’s start with the man who could be at the centre of the game, the referee, Jonathan Moss. In 17 games this season he has given out (why is a card always brandished?)  58 yellow and 7 red cards including sending off the miscreat Puncheon at The Emirates in August.

Stoke: On an unbeaten run which includes both us and MU. They cannot be under-estimated. But …. they are Orcs and have an odious manager. If the world was a fair and reasonable place, they would both be languishing in the lower regions of the Northern Premier League but it isn’t and Stoke continue to assault all who play them, aided and abetted by The Chief Orc, Sparky Hughes.

I don’t want to write about their players, they are all shitehawks apart from the diamond in the rough, Bojan – what is this superb, gifted player doing in Orc central? From the Nou Camp to the Britannia – the mind boggles and one can only hope he finds redemption come seasons end.

It has been raw weather this weekend which may prevent Stoke from playing hoofball but I doubt it. A couple of weeks ago West Ham sent in almost 60 long balls into our penalty area. That is one every 90 seconds!! Expect much of the same today.

Arsenal: The 7th cavalry are on the horizon as Ozil, Ramsey, Flamini etc return from injury. Walcott has had a run about and Giroud is off the naughty step. We have our first choice back five playing together for the second time this season. It augurs well 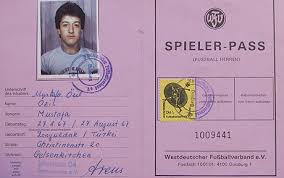 I wouldn’t start Ozil, Ramsey or even Theo; this is a game for fighters and men who are 100% fit. Why risk the returnees?

Not much height or heft but much pace and ingenuity. If Santi and Alexis can continue their wonderful form the Orcs will be bamboozled. With Theo to fly past Bardsley for the final 20 minutes and Ozil to get perhaps 15, we should be set up for the trip  to the Champions next weekend.

Given Szczesny’s excellent judgement of the high ball at WHU he must start today; the aberrations of his Southampton performance should be forgotten and forgiven and  having Ospina on the bench will energise him.

A first league win in 2015 would be a boost especially given the Hapless Hotspurs loss and the disturbing improvement of Liverpool.

The first half at Stoke was our worst performance for many a season, this afternoon the team have a chance for redemption. Let it be so.

This entry was posted on Sunday, January 11th, 2015 at 10:07 am and is filed under Uncategorized. You can follow any responses to this entry through the RSS 2.0 feed. You can leave a response, or trackback from your own site.