Arsenal’s four new faces, how will they fit in?

The Premiership doesn’t get under way until next weekend but the Community Shield curtain-raiser gave us a chance to size up our reinforced squad.

Although our trio of World Cup winners was be missing, due to Wenger’s generosity in allowing them a couple of weeks extra holiday, it was instructive to see how Alexis, Campbell, Chambers and Debuchy got on against the reigning Premiership Champions.

The Emirates Cup produced a truly Jekyll and Hyde performance, an excellent and inspiring win over Benfica followed by a lack-lustre, low key kick about against a more committed Monaco team. 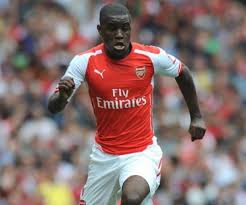 Campbell, who spent last season on loan at Olympiacos, looked comfortable against Benfica and took his scoring opportunity with aplomb. His World Cup and Champions League experience will stand him in good stead, as will the memory of scoring against Man. U. at Old Toilet. Not much can be said about his all too brief contribution against City, but he didn’t seem to be fazed by the occasion. 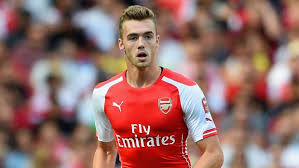 There has been much talk about Chambers and the possibility of his moving to central midfield but for the present, and in the absence of Mertesacker and the sale of Vermaelen, it appears logical to retain him at centre back where he did very well in his two previous outings. In another assured performance, against City, he showed good positional sense and the calmness of a much more experienced defender. Certainly one for the not too distant future. 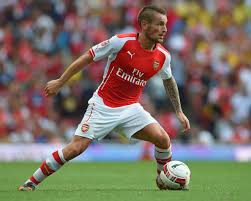 Debuchy should slot in well at right back, an experienced international and, more importantly, an experienced Premiership player he has all the attributes to succeed as the long term successor to Bacary Sagna. He also had a good game, not only defensively but also showed his willingness to get forward and into the opposition’s box.

And finally…Alexis. Of all the players signed during Arsene Wenger’s reign this one can stand alongside those other ready-made stars Vieira, Pires and Ozil. Of course Dennis Bergkamp should be included but, strictly speaking, he was signed on Bruce Rioch’s watch. A truly exciting signing, a player who can score goals, can light up a game with his pace, movement and trickery on the ball. His 45 minute cameo was enough to show that he can slot seamlessly into Arsenal’s attack. Finally I believe he will show just how good he is now that he’s out of Messi’s shadow.

Personally, I’m really excited by the signing of Alexis, more so even than that of Mesut Ozil last season. I think he is the player that Arsene has been looking for over the long lean years of Emirates Stadium debt. The player who will make a real difference. One that can inspire the team and make a big contribution to the future success of Arsenal FC.

This entry was posted on Tuesday, August 12th, 2014 at 10:06 am and is filed under Uncategorized. You can follow any responses to this entry through the RSS 2.0 feed. You can leave a response, or trackback from your own site.

98 Responses to Arsenal’s four new faces, how will they fit in?