Do it Again: Match preview

A week is a long time in football. Just 7 days ago we were wrapped up in enthusiasm following our last minute victory, and yet those happy days seem a long gone. Will the confidence of the team plummet because we got spanked by a rampant AC Milan? We shall see today.

I cannot remember a time under Mr Wenger when there has been so much uncertainty amongst the fans. It appears that the team go on a winning run and imbue confidence then implode leading to calls (from some) for the manager’s head. If we are confused imagine how the management at THOF feel. When your most reliable defender over the past 3 seasons make elementary mistakes like Vermaelen did,  then what can you do?

However, the Malaise in Milan was a team effort and it would be wrong to put blame on any one shirt. If blame is to be dealt, then the manager must be included because this is his team and his tactics. Mr Wenger will do all he can to improve things and hopefully the lads will do better today.

I really disliked O’Neill’s tactics last week. Sunderland parked the bus and played with 10 men behind the ball – if I were a paying Sunderland fan I would be seriously worried about the prospects of seeing entertainment over the coming seasons. I guess O’Neill could point to their extra time Cup game midweek and that the game was lost in the final 15 minutes but prior to that Sunderland offered nothing and their goal came as a result of pure good fortune (very bad fortune for Arsenal).

How will Mr Wenger respond today? I expect a much changed side – not a weaker team but one with different faces. There are players whose confidence will have taken a mighty bashing; Ramsey was completely over-run in a way he has probably never experienced, same for Theo, who must have been shakes to be removed at half-time. Should they “get back in the saddle”? 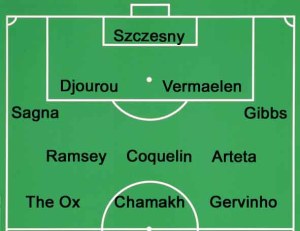 Controversial I know but I believe Song needs a rest. He is unlikely to get one and Ramsey is more likely to be rested.  Rosicky has been playing well and getting far more minutes than I expected, but Ramsey needs to get his mojo back and that is best done away from home. – which is an awful indictment of our home “support” (more of this subject another time).

Another Sunderland Inventor;  This may upset some of our American readers but Edison did not invent the electric Lightbulb, it was invented by Sir Joseph Swan, an extremely hirsute resident of Sunderland. Swan (1828 – 1914) patented his lightbulb in England a few years before Edison took out his worldwide (bar UK) patent for an identical product (cheap Yank copy was the term used). The first building to be lit entirely by electricity  (1880) was The Savoy Theatre in London using 1200 lamps supplied by Swan. Swan also invented Bromide paper which is still in use when developing black and white photographs. 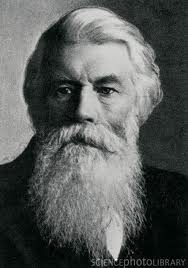 O’Neill will see this as the ideal opportunity to take revenge upon a tired and shell-shocked Arsenal. The vast majority of the Arsenal baiting media will be looking to stick the knife in should we lose as they are predicting. It is up to our team to prove them wrong.

This entry was posted on Saturday, February 18th, 2012 at 9:43 am and is filed under Uncategorized. You can follow any responses to this entry through the RSS 2.0 feed. You can leave a response, or trackback from your own site.

324 Responses to Do it Again: Match preview