Holding Out for a Hero. Will Thierry start? Match preview

A real 3 pointer today, what with Spurs and Liverpool dropping points at home.

We all know that Swansea are a very difficult side to beat at the Liberty Stadium, in fact only MU have won there this season. The Swans have conceded just 4 goals at home  (compared to AFC’s 6)  and have drawn half their home games (5/10) Spurs gained a very squeaky point a couple of weeks ago and Swansea will go into the game full of confidence.

Beating Swansea at THOF was our first victory of the season, it was back when we were awful , only a first half Arshavin goal securing the points. It is testament to Swansea that we should consider this fixture as “tough” –  who would have thought so when Swansea were promoted? Most AFC pundits would be happy to leave Wales with a point, but if we are to push for an automatic CL place we must have higher ambitions.

Remember how to do this Andrei?

Our lack of full backs has disrupted the team of recent weeks and any manager worth his salt will target our flanks; 26% of Swansea passes go out to the right wing and in Scott Sinclair and Routledge they  have players who can cause us problems, though it could be worse – they could use the left flank 🙂 Dare we go into the game with Miquel and JD as our full backs or would we be better served by playing Squillaci in the centre and moving Koscielny to the left?

Midfield is where today’s game will be won, Song is a hugely important and should he regain his form we will have the platform to win. Apart from the super pass to TH on Monday (still feeling the elation?) Song has not been playing up his very high standards, his passing haas been shaky and he doesn’t seem to know what his exact role is in midfield – is he a link player, a DM or an attacking midfielder? Fluidity amongst ARS is all well and good but sometimes it doesn’t gel.

Henry, Benayoun or Ashavin to replace Gervinho? I would select Arshavin who really tried hard on Monday and bring on TH after 70 mins. Can you remember the last time Meerkat played a full game?

Interesting stats: We have conceded in all bar 2 of our last 17 away games. We have had 9 shots cleared off the line – the highest in the PL. Only 14% of our goals have been scored from set pieces – the lowest in the PL. 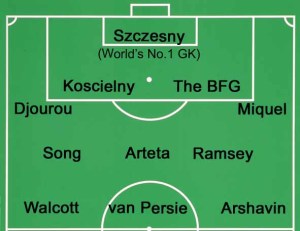 We have a very strong bench (apart from GK).  Benayoun, The Ox, Henry, Rosicky, Squillaci or Yennaris.

Inventor from Swansea?  Sir William Grove. Not only a High Court Judge but also the inventor of the fuel cell which is still used today in space rockets. Sir William is one of The 100 Welsh Heroes. Of course, Swansea is better known for giving birth to stars of the Arts including, amongst a wealth of others, Dylan Thomas, Anthony Hopkins, Sir Richard Burton and the great Bonnie Tyler. 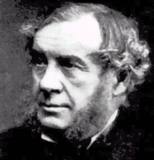 “Come on you Swans!”

Can the return of Thierry fire up the team? Today will be a test as Swansea are on a fine run of form and we are not. Toothless sans RvP we have to find more goals from midfield. A tingling in my fingers is telling me Ramsey will score today on his return to his homeland.

This entry was posted on Sunday, January 15th, 2012 at 10:06 am and is filed under Uncategorized. You can follow any responses to this entry through the RSS 2.0 feed. You can leave a response, or trackback from your own site.

350 Responses to Holding Out for a Hero. Will Thierry start? Match preview