A Continent of Discontent

As I write this, Arsenal Football Club stand on a precipice of doubt, a mountain range of negativity, a continent of discontent. 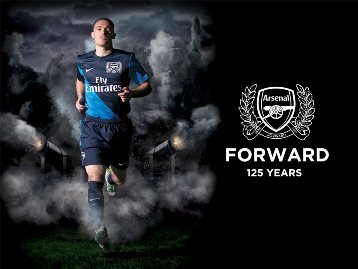 In comparison to last summer, we have been positively flying in the transfer market, signing so far no less than three first-team players with more promised. Gervinho, Jenkinson and Oxlade-Chamberlain (whose contract terms were agreed in January). We’ve seen Miyaichi gain his work permit and been earmarked for the first-team and players like Frimpong, Lansbury, Afobe all promoted to the first team fold.

But then, we are facing an exodus this summer never before seen at Arsenal under Arsene Wenger. A clear-out of almost epic proportions.

So far we’ve seen Jay Emmanuel Thomas, Gael Clichy, Cesc and Mark Randall amongst the players leaving the club with Clichy fleeing to the North-West’s answer to Chelski and it’s become Arsenal’s dumping ground of falling stars – Man Citeh. Bendtner, Almungo and Eboooooue are all looking for new clubs and are yet to be successful.

Amongst the comings and goings, we’ve endured the relentless and eventually successful pursuit of Cesc, our Captain, our little Spanish genius and the boy we had allegedly stolen/kidnapped from Barcelona. It’s been clear over the years that he has suffered from Stockholm Syndrome and fallen in love with Arsenal and us, Arsenal’s dedicated, loyal fans, his captors. Clearly he was hoodwinked into signing such long contracts with us and shame on Arsenal for tying their best player down on a long term deal and letting him pocket the signing on fee.

I refuse to be bitter towards Cesc, instead I revel in the wonderful things he has done for us on a week by week basis and I feel almost apologetic about the condition that we allow him to return to the Barcelona fold. His battered and bruised husk and dodgy hamstrings don’t sum him up as a man or as a player, but they might just determine the rest of his career.

In truth I hope not. I hope that he continues to have a wonderful career and completely out-shine Xavi and Iniesta so that everyone knows what a wonderful player he is.

Bless Arsene for trying again though, signing Hector Bellerin and Jon Toral Harper from Barcelona and accelerating them into the under-18s squad. I do hope we aren’t just setting ourselves up for a Groundhog day.

We’re also faced with the possible departure of Nasri, the mercurial French dribbler, whose quick feet, pace and determination made him a fan favourite and really stamped his authority in the first half of the season. He has a year left on his contract and it appears that we are struggling to tie him down (in the contractural sense, though perhaps a more literal application of the term might be appropriate to ensure the contract negotiations complete in a satisfactory manner).

Citeh have by all accounts tabled a bid or two and it is being considered. I do expect if we lose Cesc, which looks likely then I expect the board to throw a big deal on the table in front of Nasri to make him stay.

It isn’t all doom and gloom, after a pre-season littered with excellent first half performances and shattered by disjointed second halves the new players, Gervinho and Jenkinson have fitted in really well and I think they are assets to the squad. Gervinho has excellent pace and an ability to get in the right place at the right time. Jenkinson, a fresher, younger talent has the raw attributes to be an excellent right back in the mould of Lee Dixon. He’s strong, has a good range of passing and heads the ball well.

With the recent addition of Oxlade-Chamberlain we have an astonishing amount of players who can play out wide. With the promotions from within we have a veritable shedload of central midfielders too so if Bendtner leaves to get first team football our squad deficiencies are clear, we need a defender and we will need another striker.

Too many people write off Chamakh, who is a proven goal-scorer at all levels, in the Premier League and Champions League but if Bendtner leaves there is a vacancy up front and I think Theo Walcott will fill it.

I think if we lose both Cesc and Nasri we will still have a good squad and with quality additions at the back and in midfield I can see us challenging. I think the combination of Wilshire, Rambo, Gervinho, Arshavin and Walcott would easily score 30 goals between them. If RvP keeps up his impressive goal-scoring form and barring any long-term injuries it might not matter if we concede two goals if we score 4.

A big problem with the way we play is that if it breaks down we are often exposed at the back because we are impatient. With Gervinho, Arshavin, Miyaichi and Oxlade-Chamberlain we have real wingers who like running into space and pushing the opposition defence about. With that kind of attacking intelligence up front I can see a lot of goals against the “park the bus” teams. Something that has been lacking in the last season or two.

We are more solid than last season. Defensively and Offensively. I think we will do well this season, whether we will be able to topple Citeh and that beast Aguero is yet to be seen, but I’m excited by the chase.

It’s important to get perspective, to be positive. There will be up’s and down this season, but we are Gooners, not Goners. We are Arsenal.

This entry was posted on Wednesday, August 17th, 2011 at 9:30 am and is filed under Uncategorized. You can follow any responses to this entry through the RSS 2.0 feed. You can leave a response, or trackback from your own site.

210 Responses to A Continent of Discontent