A Striking Viking to Nik it.

Mr Wenger faces a dilemna tonight; does he keep his promise and target all 4 trophies or does he play the kids knowing there are more important games to come?

I believe the CC is a waste of time for the top teams, a number of games with the potential for injuries and a meaningless trophy at the end of it. I acknowledge  the need for silverware as does Mr. Wenger but the Carling Cup ranks lower than the Youth Cups in my opinion and we shouldn’t be bothering. Does anyone mention the winner’s after the day? No, only the fans of that particular club and they are embarrassed – without checking do you know who played in the Final last season?  The Final isn’t even shown on European TV.

But …… it does allow the fans to sing “We are on our way to Wembley” etc and Silverware is needed at the Emirates as proof that this team is maturing and capable of winning a trophy. We are on a roll (if 3 games can be considered a roll) and would like it to continue. 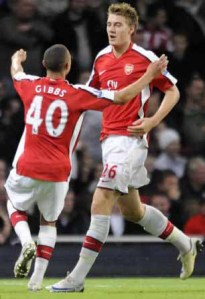 Newcastle away was as poor a draw as we could have got. A long trip up to the Frozen North, a rabid crowd expecting their team to knock over the fancy-dans from Down South, and a team who are in good form at present with some big units throughout the side (though the brutal Barton is diminuitive). If we play the kids (knowing that the best of them are out on loan) we could get hammered, but do we want to see Fabregas get a kicking from Barton ahead of WHU and Shaktar next week? Be honest  –  if we win both of those games who cares about tonight?  WHU is  a vital 3 points with our rivals having tough fixtures, and 3 points in Donetsk guarantees our place in the Final 16 allowing AW to play a reserve team for the remaining CL games.

We must play Chesney, he needs to feel part of the future. Should he not play AW can hardly expect anything else than a rejected contract offer at the end of the season. 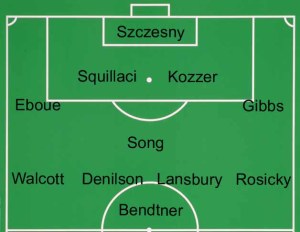 The Vikings attacked and settled in Newcastle (Monkchester at the time) for a few hundred years. As a student of Danish I can tell you that many Geordie words derive from Danish. Mr Bendtner will feel completely at home; expect him and Arsenal to conquer the Geordie’s once more.

p.s. Sorry about the dreadful title ….

This entry was posted on Wednesday, October 27th, 2010 at 9:28 am and is filed under Uncategorized. You can follow any responses to this entry through the RSS 2.0 feed. Both comments and pings are currently closed.

213 Responses to A Striking Viking to Nik it.