How is this season going? In some ways very well and yet there are big question marks remaining about the team. On paper we all agreed this is the best squad for some time, we felt there is the depth of quality to get a few more points than last season and win the title instead of being runners-up.

Somehow this confidence is slipping away; not amongst the team but in the stands. Losing at Everton whilst every one of our rivals won was painful, yesterday’s results didn’t help. Going to a very strong Man City will be a litmus test. 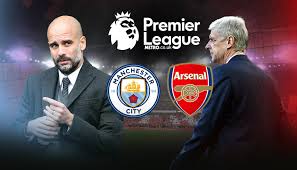 Don’t be fooled by MC lacking 3 big players, Fernando (or it that a Madonna song) may be out but his replacement is Yaya Toure. City have a fine squad, which they should have given the ridiculous amount of money they spend.

Guardiola: Given the man’s pedigree how can anyone question his ability? I guess it is the short-termism of modern life that anything other than immediate success is looked upon as failure. What happened to working towards success?

I may be tempted to play Perez in place of Theo given his anonymous performance midweek. In his defence the ball has to be passed to Theo for him to be effective! The same can be said for Ox.

Our record at The Etihad is OK. We have a good team. We need a win. Mr. Wenger has been talking about attacking intent. It should be a good game.

The ‘should be’ Arsenal player that got away…..

Whenever I watch a football match I always look at the opposition players to see if there is one that could do a job for Arsenal. Obviously, players such as Suarez, Silva and even Harry Kane could well supply a steady stream of goals but what I really look for is someone who could have boosted our trophy count over a period of years.

Over time our (Arsenal’s) need has been most obvious in three positions, goalkeeper, centre-back and holding mid-fielder and it is in those positions that I have looked for my ideal players.

Since David Seaman left at the end of the 2002/3 season we have struggled with a succession of ‘keepers, some good, some not so good.

Mad Jens, a man who could pick a fight with his own shadow, always had us on the edge of euphoria, or despair, depending on the state of the tide, Almunia, Fabianski, Mannone, Szczesny and now Ospina have all been given a go with varying success, but the one ‘keeper, had we been able to sign him at the time of Seaman’s departure, who could have carried us forward in the long term is Petr Cech.

There is no doubt in my mind that the Chelsea stopper has been the best ‘keeper in the Premiership for years and what a difference he would have made.

At centre-back, again, we’ve struggled. Since Adams, Bould and Keown went it is only now that we have some pretty good cbs. Mertesacker and Koscielny have done well, while the recent signing of Gabriel looks promising but how about if we could have got our hands on John Terry when in 2002 he was sent out on loan to Nottingham Forest. Now Terry is not a person that I can admire but as a footballer he has been the rock that Chelsea’s success has been built on. Would our defence have been more solid for his presence? I think so.

Finally I come to the most important position for me. Holding mid-fielder, looking back we had Vieira and Petit who could play the role pretty well, and then along came Gilberto, The Invisible Wall. Since then we have been crying out for somebody to take up the baton, Arteta does a job there, but it’s not his ideal position. Flamini has done alright but only as a fill-in and Coquelin is showing promise but is lacking the physique.

The one player who could have filled the role, with his height, physique, skill, controlled aggression and sheer presence is Ya Ya Toure. There have been a number of opportunities to sign him, when he left Beveren in 2003, when he left Donetsk in 2005, when he left Olympiacos in 2006, when he left Monaco in 2007 and finally when Barca let him go in 2010. Missed chances all of them.

Petr Cech and John Terry have been together for a long time and have developed the kind of understanding so vital in a defensive unit, but their individual success may be a partial result of that interdependence, so for that reason I will pick Ya Ya Toure as the “One That Got Away”

OK AAers, over to you. Which of the three would you choose, or who else would you pick?