Is there a place in the Arsenal squad for Mesut Ozil and Emile Smith-Rowe this year and beyond?

We discussed it many times but it seems that now (although it is not working perfectly) Emery has decided to mould Arsenal’s play based on the Liverpool model and his time in Sevilla. On the Liverpool model because it is clear that he wants that high-intensity press and quick transition bsed on 3 lethal attackers, incisive full backs and a strong/physical spine defensively (CBs+DM+CM).

Modelled on Sevilla, because he wants to set up with a 4321 with one player in the middle 3 that can defend well but that can also break the lines with dribbling or passing, which is what Banega did for him in Sevilla and what Ramsey also did last year when he was fit to play. I think Emery’s idea is to give that “Banega/Ramsey” role to Ceballos this year.

It hasn’t gone unnoticed that Ozil has been left out of match squads for the last few games. The reason for this could be that Emery actually does not need Ozil-type of players in his team. He wants more industrious players in the middle of the park, faster players on the wings and he already has some players that fit the bill more than Ozil. 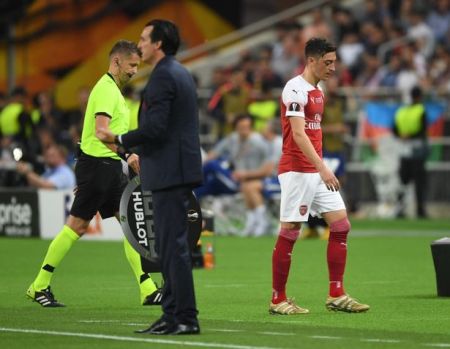 So it is time to part with our German maestro who was delivering assists after assists in his first three years with us? I think so, not because he is not a gifted player but because he does not seem to be able to adapt his game to the demands of the coach so you are in a lose-lose situation and it is best to let go for him and for us.

I think Ozil would be a great acquisition for PSG or Juventus or Bayern – but he ll go there as a squad player but he will get plenty of game time because these teams can make the most of his skill sets. PSG for example does not have players that can break lines with exquisite passes – Mbappe and Neymar can dribble past players for fun and have quality passing but what if they were fed the balls rather than having to create the plays…I can imagine a 4231 with Verrati, Gueye – Neymar, Ozil, Mbappe – Cavani do some ravage in some games…Anyways…

Now comes the tricky question regarding Emile Smith-Rowe. Can ESR play in the middle of the park? Certainly but can he play better than Douzi, Torreira, Willok and Ceba? Does he also have what it takes to play on the wings? Not really sure. 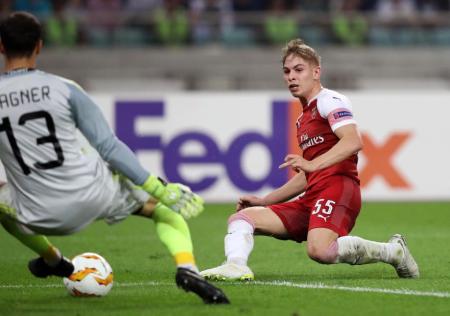 Can he play like Lacazette? To be confirmed…So in the short-term, I think it would be in both club and player’s interest to loan him back out again in January but maybe for 18 months so he can get some solid experience and come back and maybe then, there will be a place for him in our squad depending on his development. The boy is talented, no doubt. But I can’t see him go past the mentioned players in the near future so let us not slow his progression down and let him go out on loan in the EPL or abroad but he needs playing time.