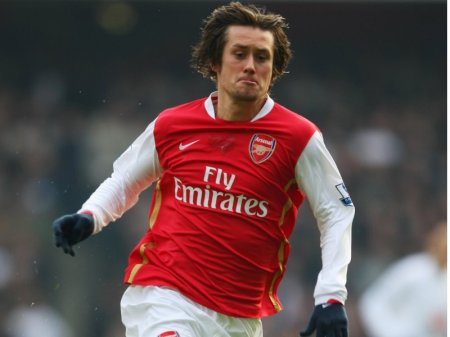 I have read on some of the Arsenal blogsites that there are “fans” who want AFC to lose this game, their reasoning being that Arsene and the Board will be removed should we not achieve CL qualification. Or is it so we can concentrate on the PL (I stopped reading)?  Whatever the reasoning I say Nay, Nay and thrice Nay, this is a huge game in our season and we need to get a result.

I cannot speak for you but I was in a state of some considerable nervousness during the first leg. After 4 minutes I was ready to bask in an easy victory against another poor Italian team. How wrong I was. Udinese found their rhythm and showed why so many pundits call them the most attractive team in Serie A; had it not been for some sterling work by the defence and Szczesny in particular, we would be going to Udine is a perilous situation. As it is we hold a one goal advantage and the luxury of defensive shutout. 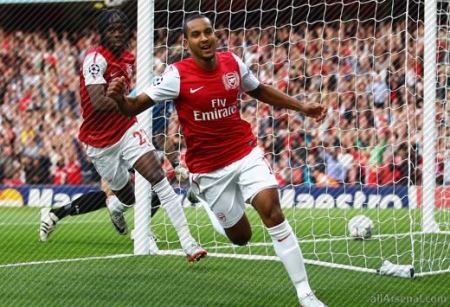 1-0 to the Arsenal was a refrain heard all over Europe, it was de rigeur for us to win 1-0, and yet despite winning the game last Tuesday evening we woke the following morning to discover that many fans and pundits were disappointed by the performance and the result. Are we spoiled? You bet.

Udinese showed themselves to be a fine team. A strong midfield allied to the wily Di Natale dominated us for large swathes of the game; we will need to be fully concentrated for 95 minutes to get through.

Team selection will be a headache. If Traore is fit should he play or should we continue with Sagna at LB? Should we play Song at CB should Koscielny not recover from his back twinge? What of Frimpong? Should we go to Udine looking to keep a clean sheet and fill the team with defenders hoping for a counter attack goal, or should we attack them from the first? Gerv or Theo or both? Can we continue to justify giving a shirt to the dreadfully out of form Arshavin? What would you do?

Subs: Whoever is fit.

My concern with the above team  is the lack of any creativity in midfield, but we just do not have anyone left fit in the squad to cover the loss of Diaby, Wilshire, Nasri and Cesc. My hope is that Rosicky will smack one in from 30 yards to shut up his critics (one can but hope!)

This is a huge game for Arsene and Arsenal. A loss would not be a disaster but a major blow. I do not subscribe to the theory that we will not be able to attract quality players should we lose – they are mercenaries and will play for whoever pays the most, but the season will not be the same without the CL and the thought of the Europa League (alongside such luminaries as Stoke and Fulham) is too awful to contemplate.

Tonight will will require a committed team effort.  Victoria Concordia Crescit – Victory Comes from Harmony (as you all will know)

Which are the best games of the season? Well, to me they have always been the Autumn  midweek night games. The games start in sunshine and finish under floodlights, it is early season so the fans are excited, the team has gone through pre-season and are all fit and raring to go.  These are nights that live long in the memory.

Yet tonight, despite this being Arsenal’s opening home match, there are ripples, no waves, of discontent and difficulty. The fans are unhappy, the team is torn apart by injury and doubt,  grey clouds are expected over the Emirates. It is in this context that Udinese arrive at THOF to try and knock us out of the Champions League.

Much has been written about the glass half empty/half full performance at St. James. I prefer to concentrate upon the positives – a solid defensive performance and a midfield that controlled the game. We looked under-par in the offensive aspect of the game but surely with the quality we have that will come.

Udinese:. I know little about them but Italian teams are always good, well trained, difficult to break down and almost always a threat. Udinese will be no different despite losing their 3 best players this summer. Sanchez, Inler and Zapata all moved on which will make Udinese a different proposition to the team that finished 4 th in Italy. Sanchez, in particular, will be missed; voted best player in Italy last season he was sold to Barca for over €30m. Yes, we know that pain!

Udinese have only played English opposition once  – they beat Spurs 2-0 in 2009  🙂  This is their first CL campaign having had the best season in their recent history. In Di Natale they have  last season’s top scorer in Italy (29 goals – 59%  of Udinese’s goal tally!), though the loss of Sanchez and Inler will surely affect his supply line.

You know the tale of woe emanating from the Emirates. Cesc gone, Nasri and RvP suspended etc etc.  Despite this, we remain a top European act and have enough strength in depth to win the tie tonight. Much will depend on the efficiency of the attack and for this reason it is a big night for the front 3. Without any real creativity in midfield they will have to start creating their own opportunities, in particular I would to see Chamakh return to the player we saw at the beginning of his AFC career.

My team: (assuming a fit Rosicky) 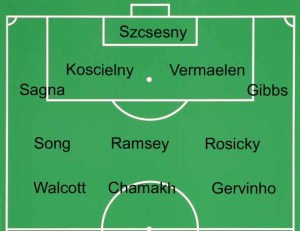 I really hope AW has enough faith to go at Udinese from the start and play a proper 4-3-3 rather than rely on a deep-lying Arshavin, but he has almost always chosen a cautious approach to the first legs of games so I wouldn’t be shocked to see AA start in place of Theo.

We have yet to lose or even draw a CL qualifying game, having won all 8 played. Tonight should see us continue this excellent run.

Udine is a small town (175,000) near Venice in the Fruili region, famous for it’s wonderful wines. Bruno Sacco was born in Udine; the head designer of  Mercedes Automobiles for over 30 years. He was voted one of the 25 most influential car designers of the 20th century and as an ex-Merc man (an old 500 SL) I can testify to his achievements.