To be quite honest I had absolutely no idea which country PFC Ludogorets Razgrad came from until I started writing this. Bulgaria is the answer and I sincerely hope my appalling ignorance and downright lack of awareness is not matched by the manager and team of Arsenal Football Club.

Looking at Ludogorets’ record in the Champions League, their biggest home win was 1-0 v Basel in 2014 and their biggest away defeats were both 4-0 to Basel (again) and Real Madrid (both in 2014). At present their biggest away win is …… non-existent. A continuation of that record for another few days would be great. (n.b. they’ve only been in the group stage once before) .

Razgrad itself is in north-east of the country and a couple of Bulgaria’s famous landmarks have parallels with landmarks in England.

First there is the Bulgarian Icarus statue. 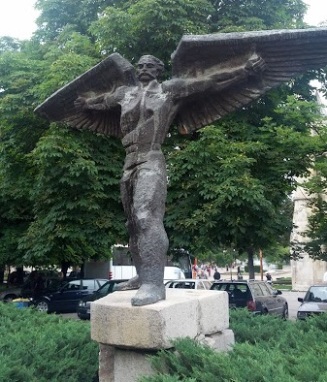 According to legend, the man known as the “Bulgarian Icarus” was also a builder. Apparently a Turkish Sultan survived a terrible disaster, so he decided to build a mosque in Edirne in gratitude to God. At that time, Bulgaria was part of the Ottoman Empire. So, the Sultan summoned the most famous builder and this was Bulgarian, Manol. He worked for seven years and constructed a miraculous temple. After it was completed, the Sultan asked him: “Can you build a more beautiful mosque than this one?” and Master Manol replied: “One always has more to learn. Maybe I made some mistakes here that I will avoid in the future and I will be able to build an even more majestic temple.” Hearing this, the ruler ordered that Manol be shut in one of the mosque minarets until his last breath. The inventive craftsman, however, managed to create another miracle – he designed himself wings made of wood. And one day, the people in Edirne saw a huge flying creature soaring in the sky and heading home to Thrace. In this way, Master Manol managed to save his life and turned into a favourite hero in Bulgarian folk tales and songs.

This tale reminded me of the Angel of the North statue when some Geordies launched an enormous Alan Shearer shirt over its shoulders. 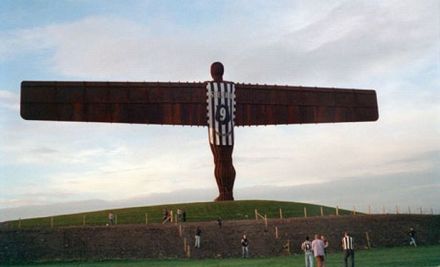 Whilst the statues have similarities, Master Manol and Mr Shearer are almost polar opposites, one an educated and erudite craftsman builder and the other a football pundit. 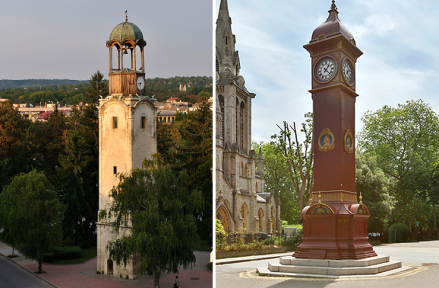 It would appear Rambo and Ollie G. are continuing to train alone. I’d imagine Granit will start due to a soon-to-be enforced absence from the Prem and EFL Cup (cheers, J. Moss).

It appears we emerged unscathed from the Swansea game so perhaps the team isn’t likely to be changed to any significant degree. Perhaps Kieran Gibbs could get a game after Nacho’s run around on Saturday. Oh, and Oooooooooooo-spiiiiiiiii-naaaaa may get the goalkeeper jersey.

‘Complacency’ seems to be the watchword for everyone with regards to this game. Theo and Shkodran have both issued warnings to their teammates to be on their guard against assuming it will be an easy and straightforward 3 points. Each and every player has to be thinking the same, especially after escaping by the skin of our teeth against Swansea.

Note…. Big Raddy is currently on manoeuvres in Ireland and without pre-match writing facilities. Thankfully this hiatus from normality will only be fleeting.

P.S. we need a nickname or shortened version of Shkodran. Any suggestions?