Up for the Cup?

Who will be the stronger team – our reserves or Hull’s?

Let’s weigh up the evidence: Arsenal have a second team full of players who have been strained through one of the most rigorous examinations of world footballing talent. Targets identified, Arsenal spend many millions bringing players into the squad then working together to become a team. They are pampered, cosseted and trained by the very best coaches money can buy.

Hull are not in this fortunate position. Their scouting for squad players involves going to the local park and seeing if there are a few blokes who can run a bit and have a sense of direction.

Hull are expected to make 9 changes from their last game and Arsenal about the same.  What does this say about the current status of the FA Cup?

Yesterday I had a pleasant chat with a friend on this very subject (following on from a discussion on AA with Herb). Is the FA Cup relevant? Is it important to anyone who was born post-Sky Sports?

The first thing to say is that financially it is far better to finish 4th than to win the FAC. This diminishes its value to the moneymen and accounts (to some extent) in big clubs using squad members prior to the semi-final.

Secondly, winning the FAC gains entrance into the Europa  Cup which is hardly a plus.

Then there is the unfortunate decision on the part of the FA to play semi-finals at Wembley, thus diminishing the grandeur of the Final.

Balanced against this is Glory. Silverware. Tradition. History. A Street Parade. Champagne. Celebration on a massive scale. Placards around the Emirates.

Which is more important to you?

Should be enough to win and allows the main players to rest ahead of the big midweek game.

I expect most of this afternoon’s entertainment to come from  the man who used to wear black but now wears yellow and black – the mercurial Mike Dean. This bloke is a complete plum and probably a Parking Attendant in daily life. Inefficient, egotistical, blind – many an epithet comes to mind.  Earlier this season over 100,000 people signed a petition for him not to referee AFC again, yet the FA selected him which tells all about how the FA view the paying punter’s opinions.

I could, and probably will, write a post about the deeds of Mr Dean.

Who would have thought that Hull Tigers would be in 10th place and in the top half of the table? Justifiably so – any team who can hammer Liverpool (even sans Sturridge) deserve plaudits. – but it should be remembered that prior to this they had lost to relegation fodder Crystal Palace and Spurs.

I had the misfortune to watch the first half of the Spurs game and it is a testament to the human spirit that people didn’t die of boredom.

Of course Hull have an ex-Spurs midfield pairing of Fattlestone and LillyLivermore. Despite being shipped out of Spurs as even more useless than the lemons whom they signed so expensively, they are doing well and Fats and Lilly are only 4 points behind their ex-employers!   Luckily for Bruce’s team they have a decent player in Elmohamady alongside them but I think for the first time in a couple of months we are going to see a large bus parked in the Hull half of the pitch. Expect Hull to play long ball up to Sagbo and then hope to score from set plays.

Bruce chose to play with 3 at the back against the Scousers and it proved to be effective but there is no chance he will do so tonight, especially if Walcott starts. 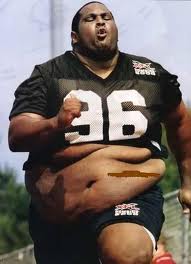 I am no Hull expert though I have had the honour of visiting the town which rightly has been chosen to be UK City of Culture in 2017.  Anyone who has driven over the suspension bridge and into the green and vibrant city will surely agree.

Stats: Hull have lost 5 out of their last 6 away games, and have won only one of their last 30 games on the road. Arsenal have been winning at both half time and full time in their last 5 home games. Before I get too confident it should be recalled that Hull beat us at The Emirates just a few years back (2008 – tempos fugit!). A repeat would be painful.

Arsenal:  Mr Wenger has already spoken of rotation so who gets rested? Looking at who has played most minutes this season (including internationals) it has to be Ozil, Ramsey, BFG and Giroud. Sagna is out with a hamstring tweak. Do we dare go into an important game with Bendtner and Walcott upfront? Can we drop over half the midfield? I don’t think so …. 3 points against Hull is just as valuable as 3 against Chelsea. 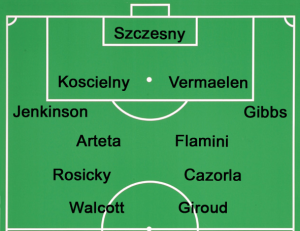 I am averaging 9/11 so far this season but am very hesitant about the above team. The balance of Cazorla and Rosicky may be a bit lightweight and I would love to rest Giroud but think he has to continue until Walcott has game time and Podolski is fit. I hope to see Gnabry get some minutes tonight – it will be the first time I will see him in the flesh because …..

BR is going to the game and will be indulging in pre-game dinner and drinks. See you there.