Liverpool Pre-match: the Case for the Defence 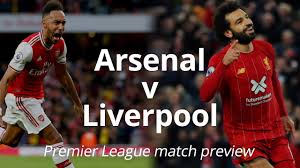 OK, calm down, as our Scouser visitors tonight would say.

I’m not about to mount an argument in favour of the individuals whose defensive errors have blighted our season (and in some cases, seasons past).

Instead, and following on from RA’s bold proposal yesterday, I want to make a case for the best defence – in terms of both personnel and organization – that we can put out for tonight’s Premier League game against the champions.

Liverpool have fully deserved their success this season. They hired a good and passionate manager in 2015 and they have helped him to gradually build the team he wants without overreacting to setbacks along the way.

It would be nice to think there’s a model there for Arsenal and Mikel Arteta, but Liverpool’s owners have been far more willing to put their hand in their pocket to back Klopp’s project than our owners are likely to be for Arteta’s.

On this season’s form tonight’s game is a dead rubber. The best attack in the league against a side that specialises in kamikaze defending. On paper we’ll be lucky to lose by fewer than four goals.

The only factor weighing in our favour is that Liverpool have won their title, they’re “home and hosed” and no doubt ready for their summer holidays. So they may not be as committed tonight as they would otherwise be.

(There is, of course, an alternative interpretation: now that they’ve secured the championship all those nerves have vanished and they can play with full, unfettered freedom and joy, in which case… oh dear).

So. How do we set up our defence to have even the slightest chance?

The “Horseshoe” (back three/five) which worked well for a few games was badly undone against Tottenham thanks to the individual defensive errors which have become a hallmark of Arsenal in recent years.

The lack of attacking creativity it sacrifices was also painfully apparent. My view is that we can live with creating fewer chances if the defence is secure. But when the defence is as leaky as a sponge the trade-off ceases to be worth it.

Nevertheless, I expect Arteta to persevere with the Horseshoe tonight, albeit with some changes.

It’s a game of football. Anything can happen. Fingers crossed for a surprise win for the good guys.

This entry was posted on Wednesday, July 15th, 2020 at 10:17 am and is filed under Uncategorized. You can follow any responses to this entry through the RSS 2.0 feed. You can leave a response, or trackback from your own site.

45 Responses to Liverpool Pre-match: the Case for the Defence