Pepe has been having a frustrating season so far. He has shown glimpse of brilliance in the game, good set-piece delivery and good camaraderie with his teammates BUT he has also been guilty of not playing direct enough, not taking on his defender on a one-on-one enough, always cutting back inside, too many times playing a sideways and backwards. 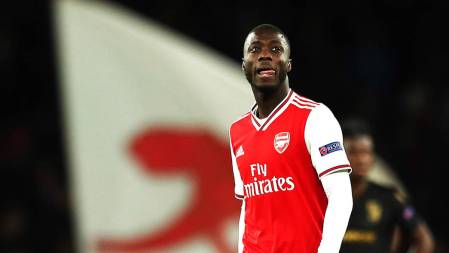 He still managed 8 assists and 6 goals this season I believe in 32 games, which is not bad in a first season but still low given his hefty fee.

Arteta has recently opened up about Pepe’s stuggle to adapt to the EPL. He also indicated that he will personally work with him to make him more aware of attacking and defensive positioning.

Arteta has helped Sterling and Sane flourish so I am sure that he can help our 24 yearld old Ivorian winger to become a potent force for us.

So for those doubting Pepe, I would say give it a rest and leave him alone 🙂

We must play him week in and week out to ensure that he is applying Arteta’s advice so that he can progress quickly.

I expected him to hit good form as of now but seems his adaptation is taking a bit longer than anticipated.

Nelson is a great option off the bench and his directness will come in handy as a sub to unblock some sticky situations.

If Pepe manages 10 assists in the EPL and 8 goals in his first season, it would not have been a stellar season but it would not have been a poor one either so I hope that he can manage to rack up 4 more assists and 4 more goals in the EPL and then I also hope that he can be our FA Cup Hero to ensure that all AFC fans support him when we start next year 🙂

This entry was posted on Tuesday, March 10th, 2020 at 10:10 am and is filed under Uncategorized. You can follow any responses to this entry through the RSS 2.0 feed. You can leave a response, or trackback from your own site.